Walt Disney World had over 20 million guests enter the Magic Kingdom alone last year. This can mean for some very big crowds! To help you avoid these influxes of guests, take note of the following tips and guidelines below.

Important update: due to the recent COVID-19 pandemic, Disney World will begin their reopening on July 11th with park reservations required. Read our article to find out everything you need to know about the coronavirus Disney World closure.

Most weekends will be busy no matter when you visit the resort. Disneyland has a larger influx of crowds on the weekend due to their large amount of annual passholders. While Disneyland is very much a park for the locals, Disney World seems to cater more towards tourists. Still, the locals love to take to the resort on the weekend. 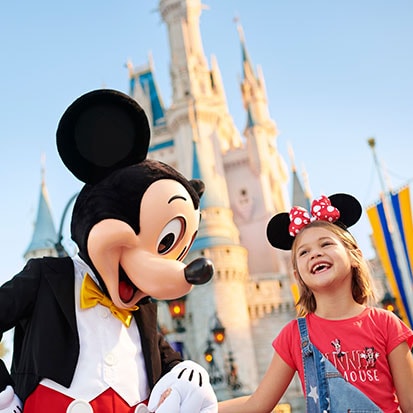 When to Visit Disney World 2020

Busy, But Not Overrun

January through the beginning of May is what many call the “off-season.” These weeks have the least amount of crowds, but some of the shows will not be running, and some rides begin to close down for their yearly refurbishments. Be sure to check the park schedule! It is released 180 days in advance, so you'll be able to plan ahead!

We've created an infographic that will clearly help you when to visit Disney World. The information included in our best time to go to Disney World calendar is basic Disney World crowd levels, park hours, and weather.

Be sure to check the Disney World calendar on the official Walt Disney World website for more info on closures, entertainment schedules, and other info. This will help you to decide when to visit the resort.

All of these openings and special events will greatly affect the 2020 Disney World crowd index. 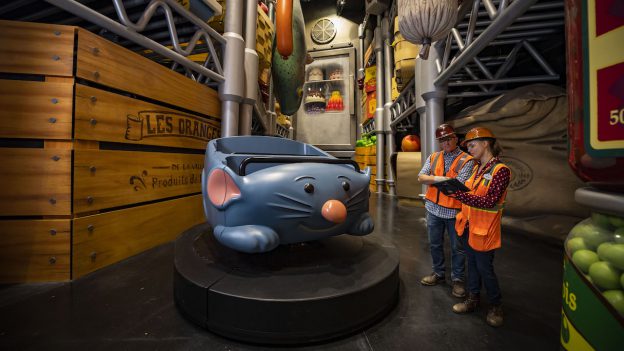 Throughout the year there are a few huge special events that make the parks extra magical.

I highly recommend visiting during Christmas; however, you should anticipate a steady stream of crowds if you are there the week of Christmas through the first week of January. The best time to visit and see the Christmas decorations is the first two weeks of December or the second week of January.

The theming doesn't stop in just the Magic Kingdom. Christmas cheer is abundant and is felt throughout all of the parks and resorts, even Disney Springs! There will be Christmas decorations everywhere you turn ready to take your breath away. We hope you love the smell of gingerbread!

Find out more and plan your Walt Disney World Christmas trip with our guide.

Halloween is another great time for theming around Disney World. Pumpkins take the street, decorations are hung, and Mickey's Not So Scary Halloween Party begins! This year there will be a new record of how many Halloween parties take place (possibly up to 30!). If you enjoy lots of candy, characters in their Halloween costumes, and candy (did I mention candy?), you'll love this time of year.

You can read more about Halloween at Disney World in our guide.

Disney World in Spring and Summer

In the summertime, Disney often opens new experiences and attractions. You can usually expect that the first few weeks/months after these experiences open to be fairly busy as guests flock to see the new attraction or show.

Unfortunately, there is no right answer to how long your trip should last to Walt Disney World. Of course, all of us wish it could last forever, but alas. The recommended length of stay will fluctuate based on who you ask. It's popular opinion that even with a two-three week stay at the Walt Disney World resort, you STILL wouldn't be able to accomplish everything you set out to. With four theme parks, two water parks, four golf courses, nearly 30 hotels, and so much more, it can be difficult to get everything done on your list.

A solid recommendation is at least a week. That will give you some time to relax while still getting a good amount of days in the parks. Try going with the mindset that you'll be returning someday. This usually makes it easier if you miss something you had hoped to do if you can think, “next time.” And be sure to plan your trip early!

The best way to book your Disney World resort vacation is to create a travel package by working with a travel agent. Be sure to check out our pros and cons for each Disney World hotel as you consider.

We work with Get Away Today, Disney’s travel partner of over 29 years. MickeyVisit.com has been working with them for about 3 years now, and we have been blown away by their customer care and ability to help Disney visitors find incredible discounts. We negotiated an exclusive rate just for our readers which you can secure by either visiting their website directly and putting your vacation together yourself and filling out our VIP concierge support here (all free of charge) or calling 1 (855) 438-2929 and asking for the Mickey Visit rate.

We are currently expanding all of our Disney World planning guide content here on MickeyVisit.com. Below we have also included some of our fantastic content about planning a Disney Vacation on the West Coast at Disneyland.

Top 7 Souvenirs to Buy at Disneyland

LIMITED TIME: Save up to $55 on Disney Tickets

Save big on your next Southern California or Florida vacation.
Book Now!

While Disneyland ticket sales are still paused, you can now purchase Disney World tickets. Typically our readers get discounts on tickets to both destinations.

Click button to get quote on discount Walt Disney World tickets in Florida or add email below to get updated when discount Disneyland tickets are available.