Disney World in October is an exciting month for guests as they experience all the Halloween decorations in the Magic Kingdom and Mickey's Not So Scary Halloween Party.

Everyone has personal preferences to consider when planning the date of their Walt Disney World trip- each season will have its pros and cons and guests' choices will vary based on those. Make sure to read our Walt Disney World crowd calendar to get an idea of what to expect when picking a date to visit Walt Disney World.

Keep reading for everything you need to know about visiting Disney World in October including current events, what weather to expect, crowd level predictions, and what to pack! 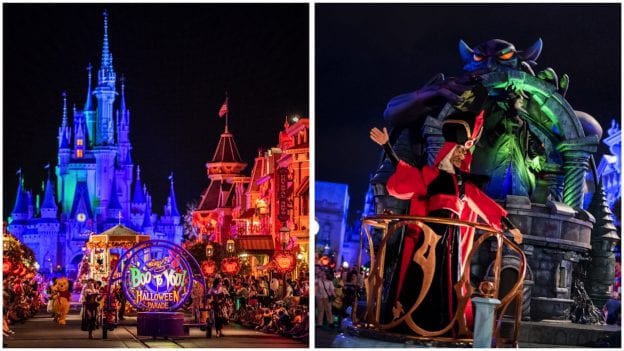 Here are all the current events to know about impacting Disney World in October!

Mickey's Not-So-Scary Halloween Party takes place on these nights in the Magic Kingdom:

It's important to note that if you do not have a ticket to the party you will have to leave once the party starts! Make sure that you have a park hopper ticket so you are not left without somewhere else to go. If you plan on attending on one of the party nights then I recommend arriving as early as Disney World will let you in the park so you can get full access from your party ticket to the Magic Kingdom. Make sure to read our full guide to the Halloween party to find out about the special entertainment, trick or treat stations, attractions, and more! And as always, make sure to buy your tickets in advance to the party if you plan on attending!

One of the most popular Epcot festivals, the Epcot International Food & Wine Festival, takes place in September so you can expect to see some higher crowds at Epcot during this time. You can read all about this delicious festival in our guide on Mickey Visit. You can expect to see a large variety of wine, international foods, concerts, culinary demonstrations, and other special themed events. 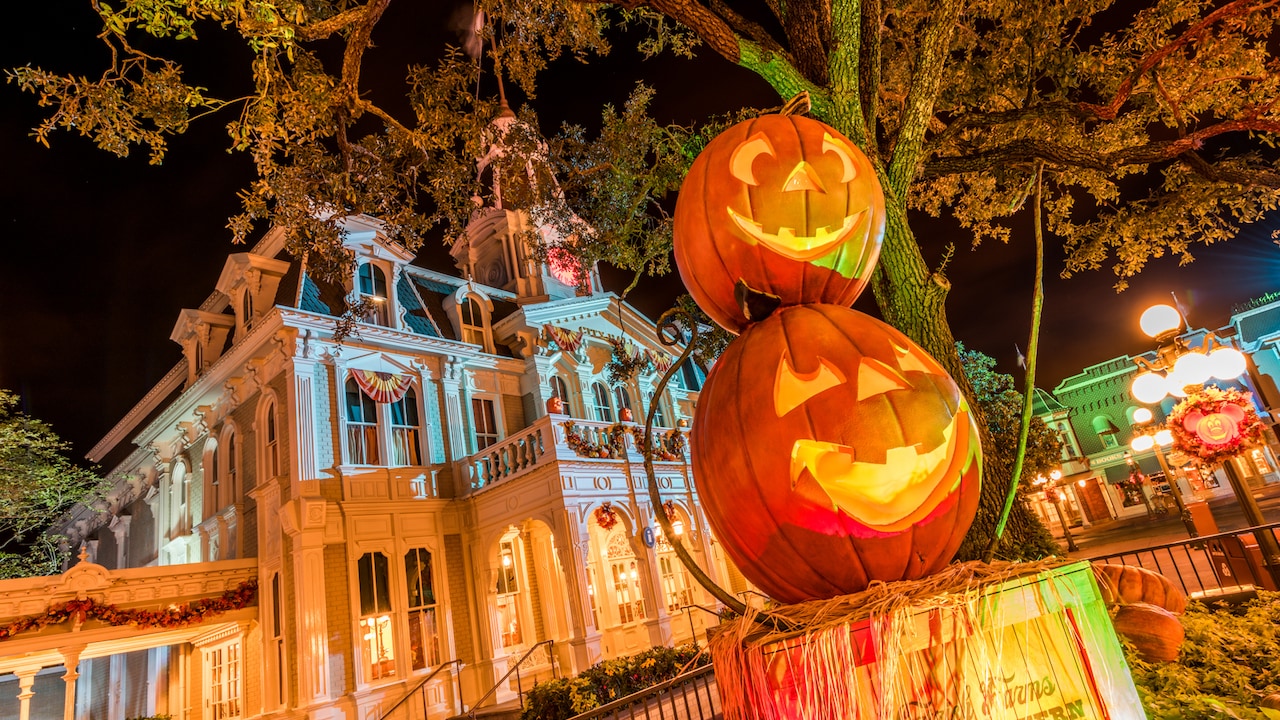 This is the first Halloween season since Star Wars: Galaxy's Edge opened at Disney World, it's hard to say how the crowds will behave this time of year. Some guests may have saved their summer trips for the Fall to see the new land and take advantage of later in the year discounts typically offered at Walt Disney World. You might see higher crowd levels in the month especially as it nears closer to Halloween especially in the Magic Kingdom park.

Guests visiting the Magic Kingdom in October also have the extra hurdle of Mickey's Not-So-Scary Halloween Party. If you don't have a party ticket, you will be asked to leave the park around 5pm on party days. It's important to plan ahead for those dates so you have a plan in place for once the party starts. In the past the first start of the day before the Halloween party is actually low in crowd levels as many party goers don't enter the parks until later in the day when their Halloween party ticket allows saving them the cost of a full day ticket. It can actually be a wise decision to start off the day early at the park hosting the Halloween party to beat some of those crowds.

Star Wars: Galaxy's Edge will still be a large draw for guests visiting Disney World in October so you can expect some larger crowds flocking to Disney's Hollywood Studios than normal. This may be welcome news for Pandora fans as it may take some pressure off the high ticket rides in Animal Kingdom.

Either way, October is now a busy time of the year Disney World as the popularity of Halloween has grown, more discounts offered from the resort, and longer school breaks have all contributed to more guests picking October as their vacation month. You should expect to see high crowd levels during this month comparable to what you would expect in summer and the holiday months.

Disney World in October starts the more moderate temperatures of the year with an average high of 84 degrees and an average low of 66 degrees. The daily average tends to hover closer to 75 degrees making the weather much more comfortable than the summer months.

You can still expect some light rainfall, it is Florida after all, so still come prepared to handle rain. October is the tail end of hurricane season in Florida so it is still possible to encounter some downpours and high humidity during your visit.

When it comes to visiting Disney World in October, we have some tried and true hacks for having a magical time on your vacation.

One of the most frequently asked guest questions is: what should I wear to Disney World? Always check the weather leading up to your trip. The weather does begin to cool down in October making this one of the best weather months to visit! Still come prepared for heat though because you will occasionally encounter some really hot temperatures mixed with the high humidity. Come prepared for rain, carry a light poncho into the parks each day so you're prepared for any surprise storms.

Even though the average high temperatures start dropping this time of the year, the temperatures can still be pretty warm especially if you're not used to hot climates. Still pack the hot weather essentials even though it's technically Fall.

Always bring the hot weather necessities like sunscreen, portable fans, cooling towels, and other items all aimed at keeping you cool on hot days. If you find yourself wanting one of these while you're there, you'll end up paying a high price in the parks or at your hotel. And if you're planning on hitting the beach, don't bother bringing towels and just use the ones from your hotel.

If you plan on attending the Halloween party at Magic Kingdom, adults and children can wear costumes! It's best to buy your costume in advance and bring it with you. Buying one on the fly in the parks or nearby stores could be time consuming and expensive. People go all out with their costumes for the Halloween parties, consider dressing up so you can join in the fun.

You can read our giant packing list here to make sure you show up prepared for literally anything you need while you're visiting Disney World.

There are a few things you should expect when choosing October as your month to visit Disney World:

But most of all, remember to enjoy your time at the most magical place on earth!

Next Post: Minnie & Friends – Breakfast in the Park at the Plaza Inn Review