Disney, Pixar, and Marvel characters are every bit as magical in person as they are in movies. Disneyland and Disney California Adventure Park offer guests the opportunity to meet and mingle with some of their most popular characters. Character meet and greets is a must for anyone planning their vacation!

The following is a guide to all Meet and Greets at both Disneyland and Disney California Adventure Park listed by land. Characters, times, and locations may vary, so download the Disney app, which gives you up-to-the-minute times and locations of all characters.

You can read our editor's review on her personal experiences booking through Get Away Today and how much you can save here!

Many of Disneyland’s favorite characters welcome guests to the Park on Main Street U.S.A. in or around Town Square. Be on the lookout for:

Character Meet and Greets in Fantasyland

Fantasy Faire Royal Hall rolls out the red carpet with fairytale-type meet and greets with up to three princesses during one experience! Princesses meet guests in mornings and afternoons. When the night welcomes new experiences, princesses can be seen in the parades. You can expect to meet the following princesses at Fantasy Faire’s Royal Hall:

And sometimes you may just encounter a prince wandering the Fantasy Faire Courtyard!

Ever toss a coin into the Wishing Well and wish you could meet a Princess or Prince? Well, your wish just came true! Sporadically throughout the day, you have the opportunity to meet the following characters by the Wishing Well!

Shrink to the size of a Fairy when you enter Pixie Hollow. Expect some of the following fairies to flutter by to say hi:

Character Meet and Greets Around Castle

Step right into a cartoon when you visit Toontown! Toontown is where you will have the awesome experience to meet and explore Micky, Minnie, Goofy, and Donald Duck’s house! Don’t forget to explore Chip and Dale’s treehouse! Be on the lookout for Pluto who wanders around Toon Square!

Character Meet and Greets in Tomorrowland

Visiting from a galaxy far, far away are the infamous Star Wars characters. You can find the following characters in or around Star Wars Launch Bay.

Character Meet and Greets in Adventureland

Character Meet and Greets in Frontierland 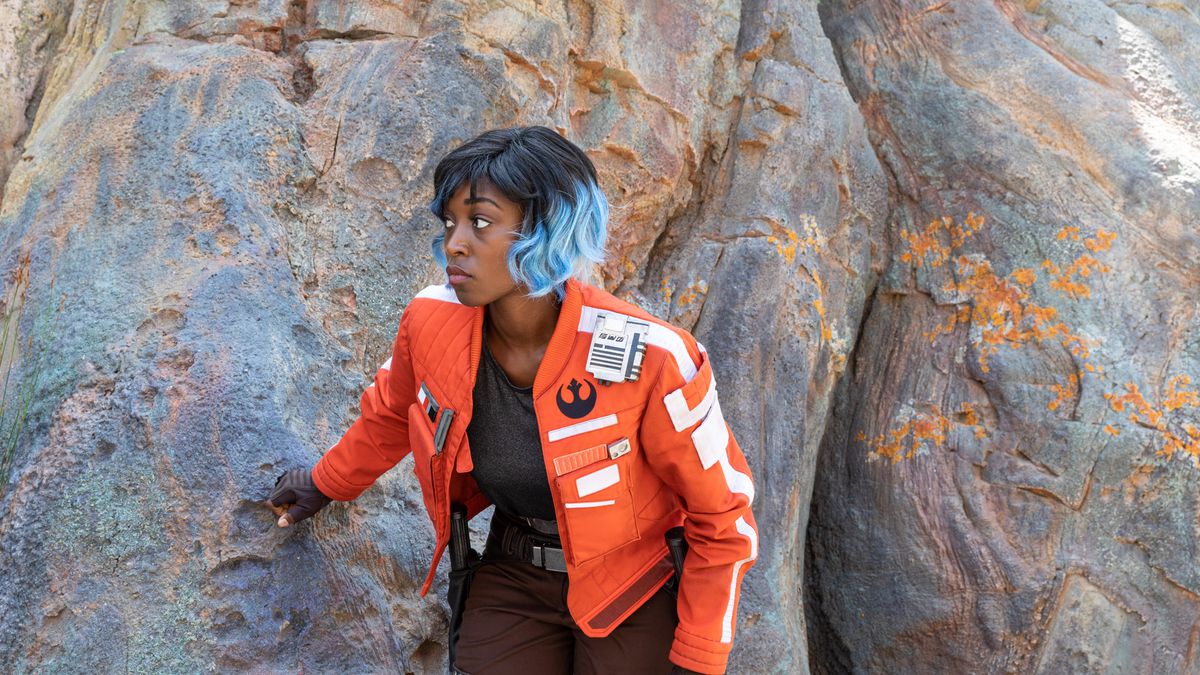 The characters in Star Wars: Galaxy's Edge don't sign autographs or have traditional character lines- these characters are all roaming and meant to be immersive in the story of the land.

Character Meet and Greets Near Sunset Boulevard at the Brownstone Building

Character Meet and Greets at the Animation Building, Hollywood Land

Shake Your Stuff with Guardians of the Galaxy: Awesome Dance Off!

Expect to find all your favorite Pixar characters at Pixar Pier!

If waiting in long lines for meet and greets is not your thing, but your children (and yourself) want to meet and snap pictures with some of your favorite characters, then you may want to have the characters come to you! Dine at one of Disneyland Resort’s Character Dining experience.

Reservations for Character Dining are recommended. Book in advance by calling (714) 781-3463. Or reserve your seat by using your Disneyland App!

Things to Bring to a Disneyland Character Meet and Greet

The great thing about Disneyland character Meet and Greets are the changing costumes to fit the different holidays and seasons! And mentioning holidays, the Halloween Party welcomes visits by some characters you normally would never get a chance to meet! So, grab your autograph book, a pen, and your camera and start planning your Disney vacation!

Subscribe to our FREE Deals newsletter that is filled with helpful planning information, exclusive Disney deals, and access to the lowest priced Disney tickets anywhere!

Next Post: The Ultimate Guide to PhotoPass at Disneyland: Tips and Tricks for the Best Picture Experience

Plan something to look forward to and lock in current low rates.
BUY NOW