With these FastPass+ tips you will be able to maneuver the crowds and allow your group to experience more popular Walt Disney World experiences in a shorter amount of time.

If you are planning a  Walt Disney World vacation, you need to sign up for our MickeyVisit.com Disney Deals email to access the best discounts and tips to maneuver the park.

Click here to subscribe to the FREE MickeyVisit.com Disney deals and advice email newsletter. With these discounts and tips you will save hundreds and enjoy your Walt Disney World vacation even more.

The FastPass+ system may seem complicated from the outside, but these simple tips and tricks should help you to become a true FastPass+ master capable of building a perfect day at Walt Disney World.

What is Walt Disney World FastPass+?

It is a ticket for a specific attraction, show, or experience that allows park guests to skip the line and go into an express line to experience the fun faster. FastPass+ tickets are available for the most popular attractions, character experiences, and entertainment.

How do you get a Walt Disney World FastPass+?

Guests select three preferences from a list of attractions and entertainment options per day.

Once you choose your attractions and experiences, you are given a choice of hour-long blocks of time to experience the attraction using the faster FastPass+ line.

How to Use a FastPass+?

Each FastPass+ has a return time window and you will choose these return windows when you book your FastPass+ prior to your visit. When the time on your FastPass+ card arrives, simply go to the attraction and get in the FastPass+ line. You will scan your park ticket or Magic Band with the Cast Member at the front of the line and then scan your ticket/Magic Band one more time before boarding the attraction. This line is typically much shorter than the main Standby queue.

Let's start with the basics! FastPass+ can be confusing, especially if you're a Disneyland vet, but no worry! We're here to help. Here are the most basic rules to understand about using FastPass+

One Park Per Day

Basically, Walt Disney World splits up the available FastPass+ options into tiers based on popularity for all the parks except Magic Kingdom. You get to pick one FastPass+ from each of these tiers per day.

Magic Bands are a popular way to utilize the Fastpass+ system for guests staying on the WDW hotels. But they are not required to use the system! All you need is your park ticket.

You can also change your mind at a later time and go back in your Disney account to edit your FastPass+ reservations.

FastPass selections cannot be made during Early Magic Hours or other special ticketed events like the Halloween/Christmas party/after hours/etc.

Disney's FastPass+ website provides an extensive overview of how to link your park ticket to your account, make FastPass+ reservations, and more.

When it comes to choosing your three FastPasses per day, you pick each one from a certain tier list that Walt Disney World offers for Epcot and Hollywood Studios.

Basically, these tiers are based on popularity. Tier 1 is going to include the most popular and sought after attractions, for example.

Animal Kingdom does not have a tier system but it does have one restriction. Guests can only book one Pandora- The World of Avatar attraction option per day.

Here are the FastPass+ options for Animal Kingdom, Epcot, and Hollywood Studios.

Guests can only book one Pandora- The World of Avatar attraction option per day. So you will need to choose between Flight of Passage or Na'vi River Journey if your family is interested in Pandora.

We recommend choosing from these attractions to make your reservations:

Rivers of Light is a breathtaking show taking place nightly- if this show is on your top priority, then use a FastPass+ to reserve your spot! 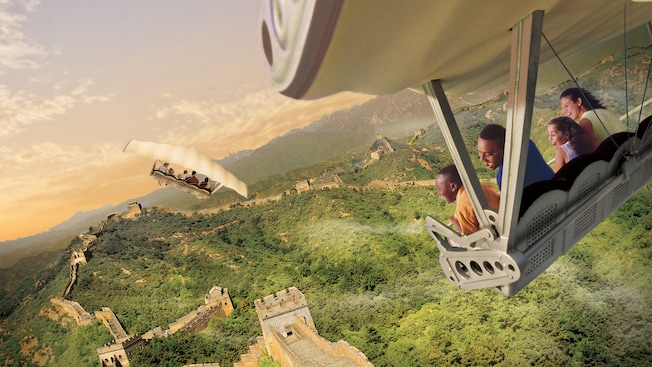 The three most popular attractions from both lists are:

The three most popular attractions from both lists are:

*Note on Star Wars: Galaxy's Edge– we still do not know when Millennium Falcon: Smugglers Run and Star Wars: Rise of the Resistance will be available for FastPass+ selections. It's safe to assume they will be tier one when they do. We'll update this page as soon as we know more.

We recommend using your three FastPass+ reservations for:

These three rides tend to be the most popular at Magic Kingdom so you can expect long standby lines. However, you should really pick the reservations for the attractions and experiences that your family is the most interested in. As long as you plan on getting to Magic Kingdom bright and early at opening, you can cross off some popular rides first thing in the day.

After you've used your three FastPass+ reservations in one day, you can then head to a kiosk and select another FastPass! Here is where you can find these FastPass kiosks in each park.

You can also book new FastPass reservations after you've used your advance reservations for the day using the My Experience App and save yourself the trip of walking from kiosk to kiosk.

For many guests visiting Walt Disney World, this can be one of the most daunting tasks of your vacation planning. Here are our some tips and strategies to help you plan your FastPass+ reservations!

If you're new to Walt Disney World, don't worry- we can help! If you're unsure about which FastPass+ to reserve for each park- it will help to review our attraction guides so you know which rides are the best fit for your group.

Bonus Tip- Let Someone Else Do the Planning for Free!

If you book your vacation with our trusted travel partner Get Away Today then you will receive complimentary concierge services that includes booking for all your FastPass+ reservations!

Ready to plan your day at Walt Diney World? Be sure to subscribe to our Disney deals newsletter for all the latest information on deals and saving tips to help you save money and experience more! Sign up here.

You can discover more about planning your trip from these links:

Ultimate Disneyland Packing List and What to Wear to Disneyland

Top 7 Souvenirs to Buy at Disneyland

LIMITED TIME: Save up to $55 on Disney Tickets