A new Mickey Mouse themed attraction is coming to Mickey's Toontown in Disneyland in 2022! This new attraction will allow guests to step into a cartoon world as they join Mickey and his friends on Mickey & Minnie's Runaway Railway. This same attraction is now open at Walt Disney World's Hollywood Studios theme park. Read our guide for everything we know so far about this new attraction starring our favorite mouse!

Disneyland Resort President Josh D’Amaro getting a sneak peek of the plans.

Mickey's long overdue for his own major attraction and this themed ride-through attraction will put guests inside the “wacky and unpredictable world of a Mickey Mouse cartoon short.” Once guests step inside the cartoon world of Mickey and Minnie they will board a train with Goofy as the engineer and experience a zany and out of control adventure with surprising twists and turns.

The attraction will feature an original story and “lovable” theme song and will use state-of-the-art technology and visual effects to bring the cartoon world to life in what Disney Parks calls an “incredible and immersive multi-dimensional experience.” 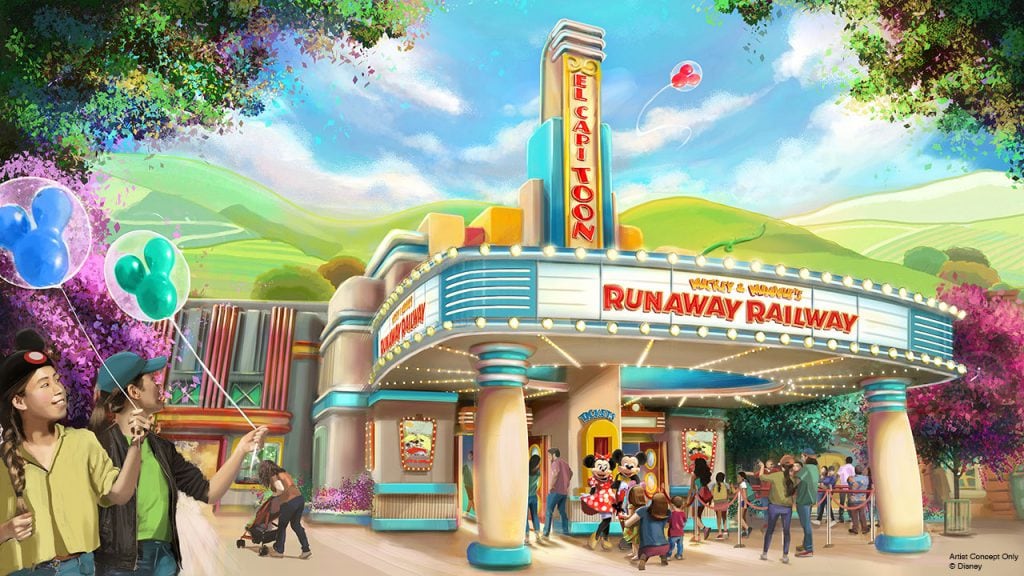 You can find this Mickey themed ride in the new El CapiTOON Theater in Mickey’s Toontown where Mickey and Minnie are premiering their newest short, “Perfect Picnic.” 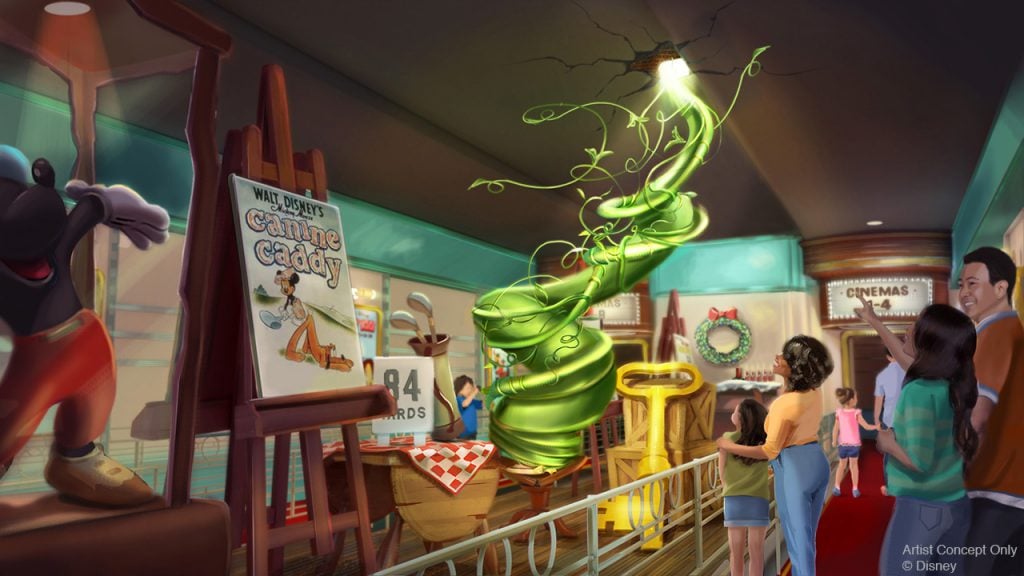 Before guests will enter the cinema, you can experience a special exhibit created by the Toontown Hysterical Society featuring costumes and props from the toon world. 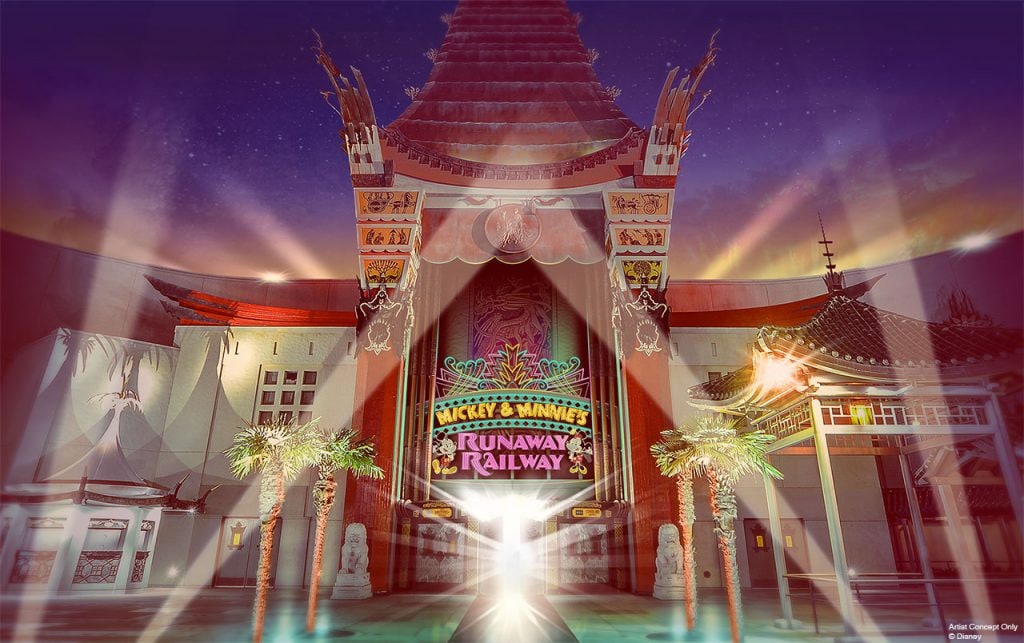 Since the announced attraction at Disneyland has been confirmed as being the same one opening at Hollywood Studios, we can look to past announcements of this railway for more information and how it pertains to Disneyland's version. 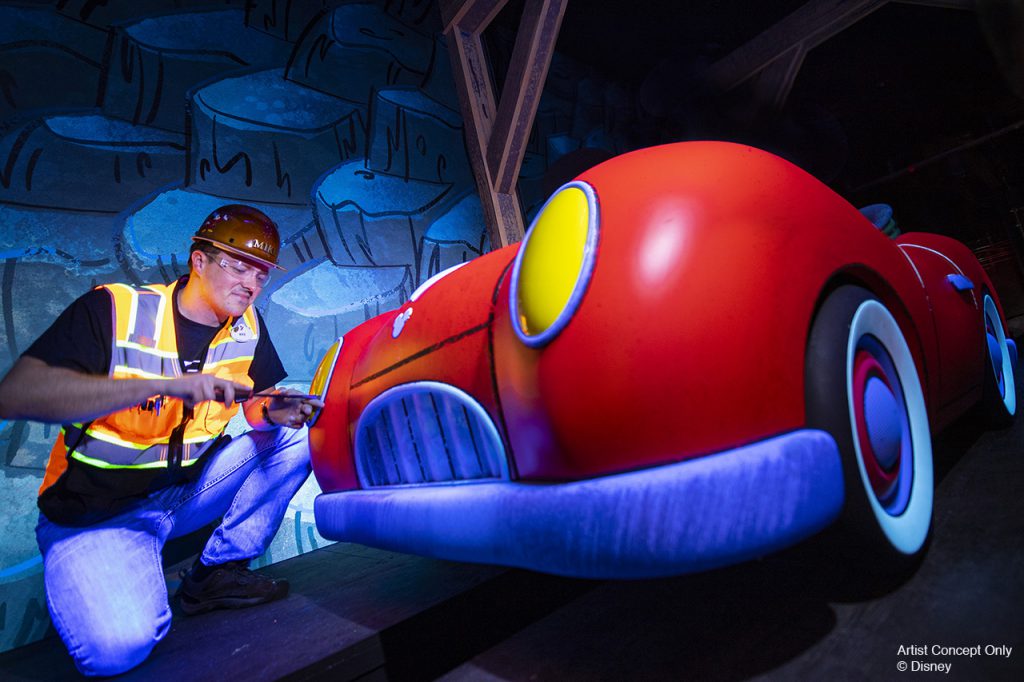 According to Disney Parks, when guests board Mickey and Minnie's Runaway Railway you will step through the movie screen and join Mickey and his friends in the cartoon in this new experience Disney calls “2 1/2 D” with no 3D glasses required. Disney Imagineers have created new technologies for this attraction that “turn the flat world of a colorful cartoon short into a dimensional display of amazingness.” 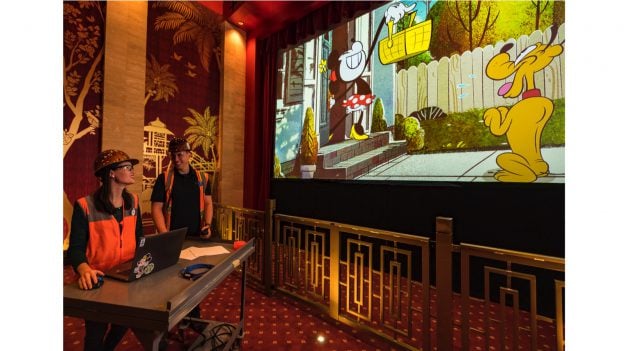 “This is one of the boldest…most impossible things I’ve ever worked on in almost 40 years of being an Imagineer. And you know what? That’s what I love about it. Well, that, and Mickey,” Kevin said. “This is not going to be a small attraction, it’s going to be game-changing.” 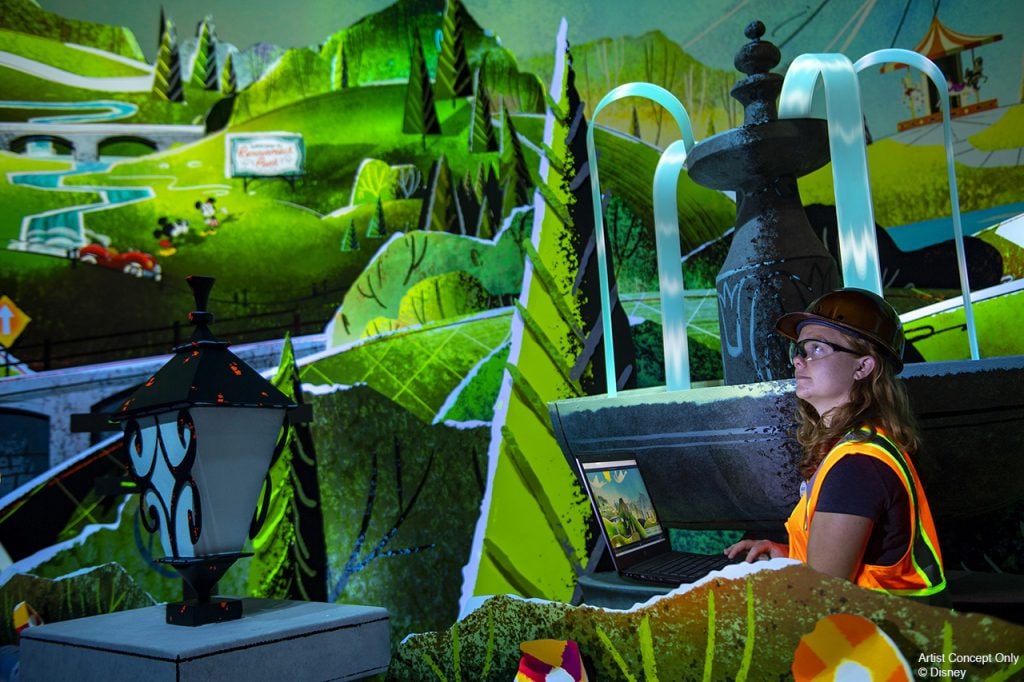 Mickey and Minne's Runaway Railway is inspired by the Mickey Shorts you currently see now on the Disney channel and the team of animators that work on those shorts are partnering with Disney Imagineers to bring the attraction to life.

This is where we will keep you updated on all news concerning the Mickey & Minnie Runaway attraction in Walt Disney World which is now open! 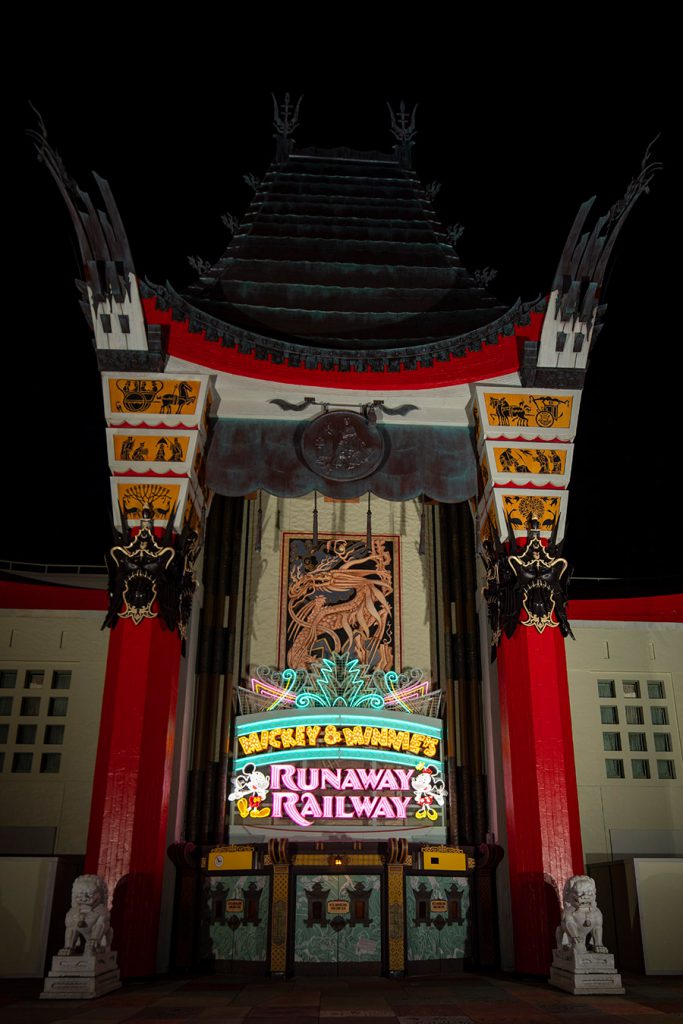 Mickey & Minnie's Runaway Railway received a new marquee sign in Disney's Hollywood Studios which is now lit up for the attraction! 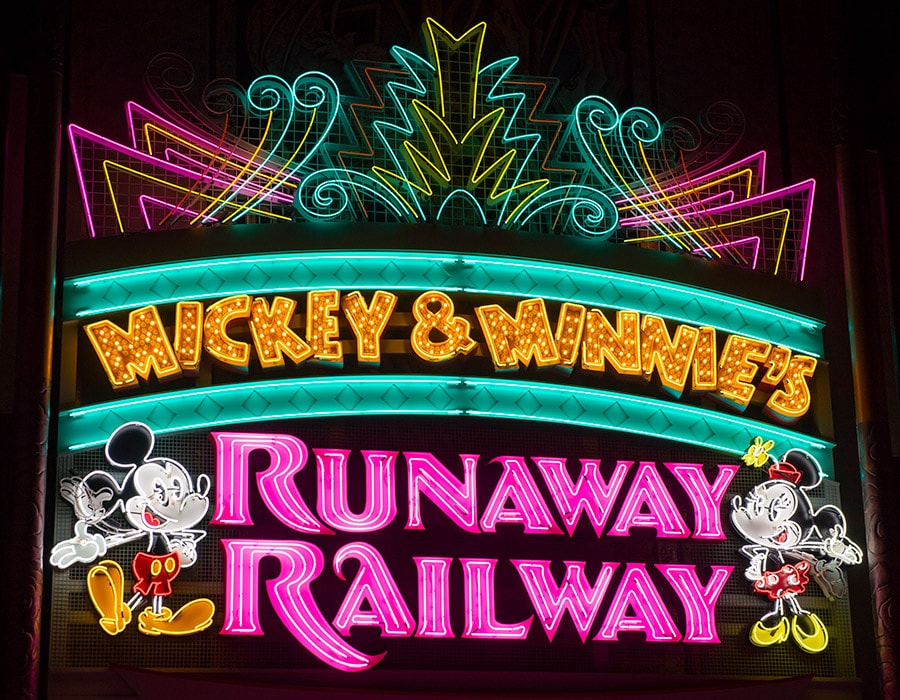 As you can see above, this new marquee is pretty incredible and really fits in with the concept of the land.

FastPass+ is already available for guests  for the new Mickey & Minnie's Runaway Railway attraction. Book yours as soon as possible as this new attraction will easily run out of FastPass availability. This FastPass is a Tier 1 option, joining Millennium Falcon: Smugglers Run and Slinky Dog Dash. You will have to pick from just one of these per day when making your FastPass selections. Mickey & Minnie Trivia Time has now been added to the Play Disney Parks app so guests can enjoy Mickey cartoon trivia which celebrates the opening of the new attraction and “Vacation Fun” at Mickey Shorts Theater in Disney’s Hollywood Studios.

Guests will discover five trivia packs containing hundreds of questions spanning from Mickey and Minnie’s debut in “Steamboat Willie” to today. Some of these trivia packs will be available at home, while others can be unlocked after experiencing Mickey & Minnie’s Runaway Railway or “Vacation Fun” at Mickey Shorts Theater to extend the cartoon fun even further.

You can see a preview below from the Disney Parks Blog:

You can read all about the Play Disney Parks app and why you should download it in our guide!

The Special Poster Art Series Kicks off Countdown Series features posters of existing award-winning Mickey Mouse shorts that might have previously premiered at the Chinese Theatre – all created specifically for the attraction by Walt Disney Imagineering and Disney Television Animation. 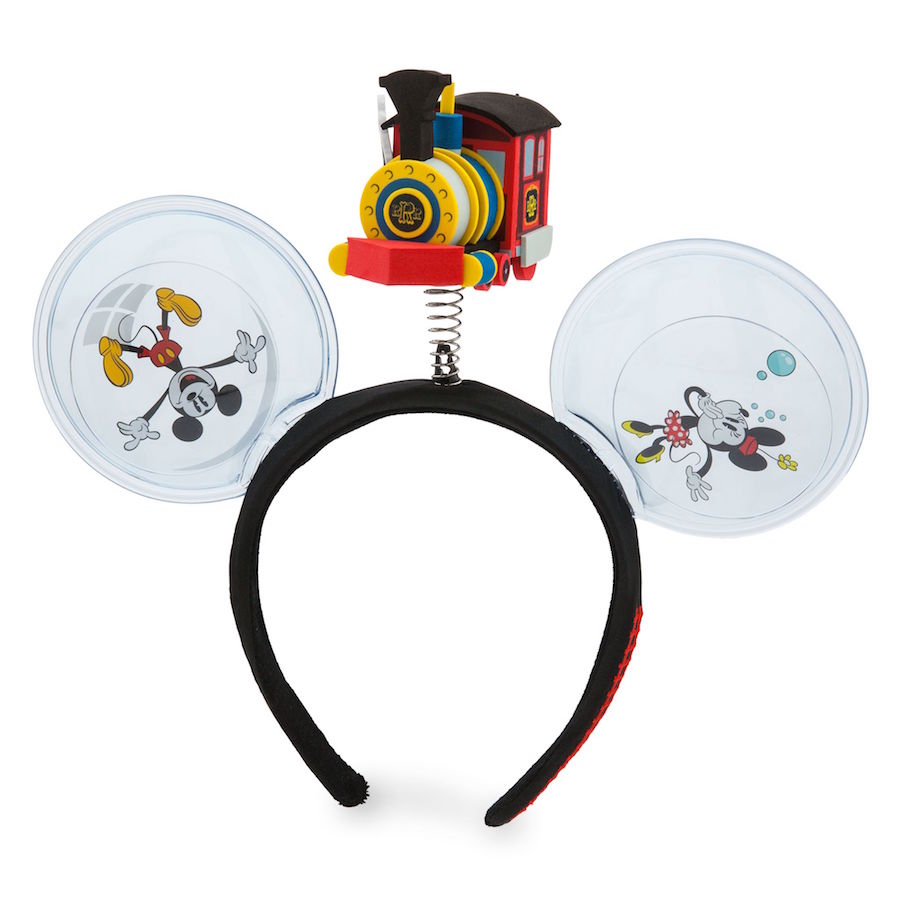 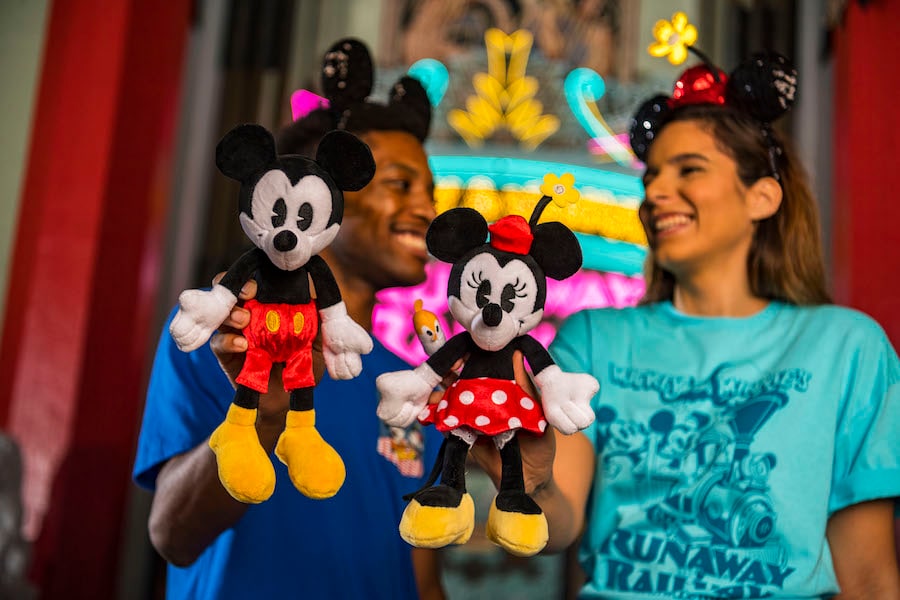 So many cute toys and collectibles to find. 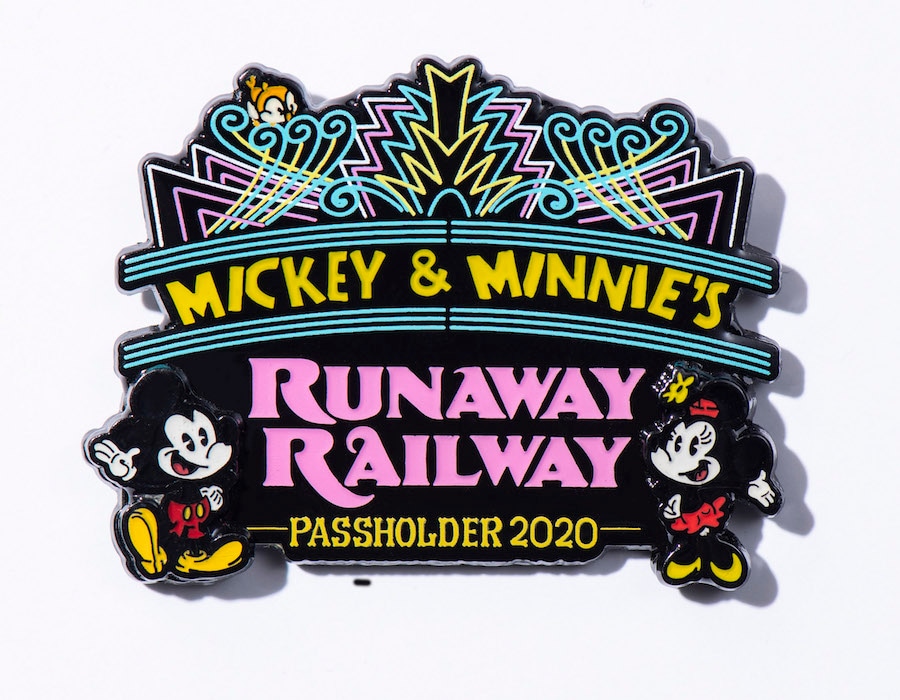 There will also be Annual Passholder specific merchandise.

I think it's safe to assume that once Disneyland's attraction opens we will see merchandise options at the Disneyland Resort that mirrors what we've seen at Walt Disney World. 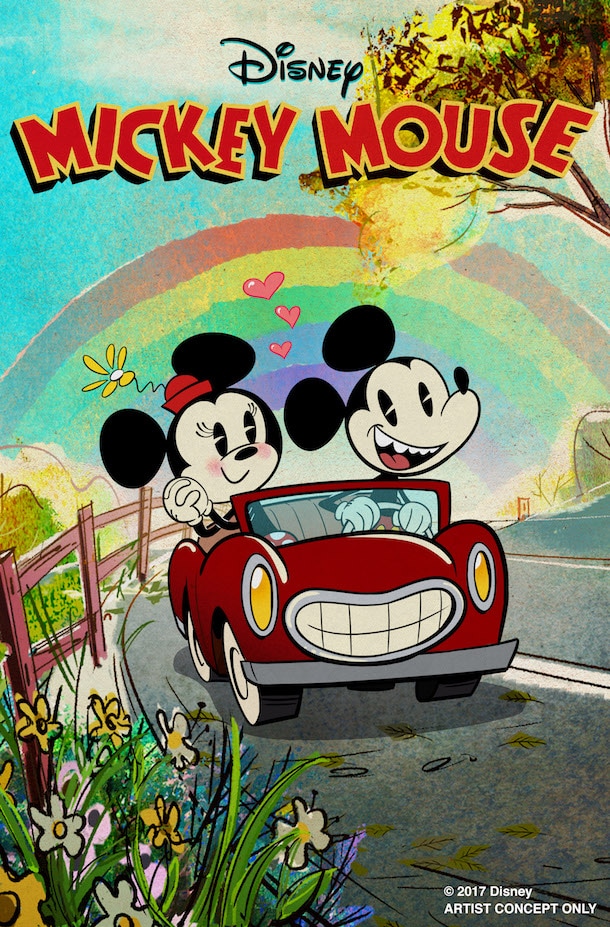 When does this new attraction open?

Mickey and Minnie's Runaway Railway is now open at Walt Disney World and 2022 at Disneyland.

Where is the new attraction going to go?

At Walt Disney World's Hollywood Studios, Mickey and Minnie's Railway is found in the Chinese Theater and replaced the ‘The Great Movie Ride' in August 2017.

At Disneyland, Mickey and Minnie's Runaway Railway will be located in Toontown. No word yet on if this attraction will replace any current attractions in Toontown. There have been many rumors that it will replace Roger Rabbit's Car Toon Spin but this has not been confirmed. There is no reason to believe these rumors are true and we (among many Disney guests, I'm sure) are hoping there is no truth behind those rumors.

What animation style will this ride feature for Mickey and Minnie Mouse?

It has been confirmed that the animation style featured in this ride will be inspired by the current Mickey Shorts playing on the Disney Channel.

Will FastPass be available?

Yes, at Walt Disney World FastPass+ is available for the ride at a Tier 1 option. For Disneyland, we won't know until the opening date gets closer and we can get a look at what the queue looks like!

We will keep you posted on any new developments for this new attraction!

Previous Post: Walt Disney World vs. Disneyland- Which Choice is Best for Your Family?

Save big on your next Southern California or Florida vacation.
Book Now!

All Disney Ticket Sales Temporarily Paused - Get Notified When They Resume

Disney has paused all ticket sales while they service guests with existing reservations. We do not know when sales will resume. Typically our travel partner has exclusive discounts for our readers. Add your email to get notified when sales resume.