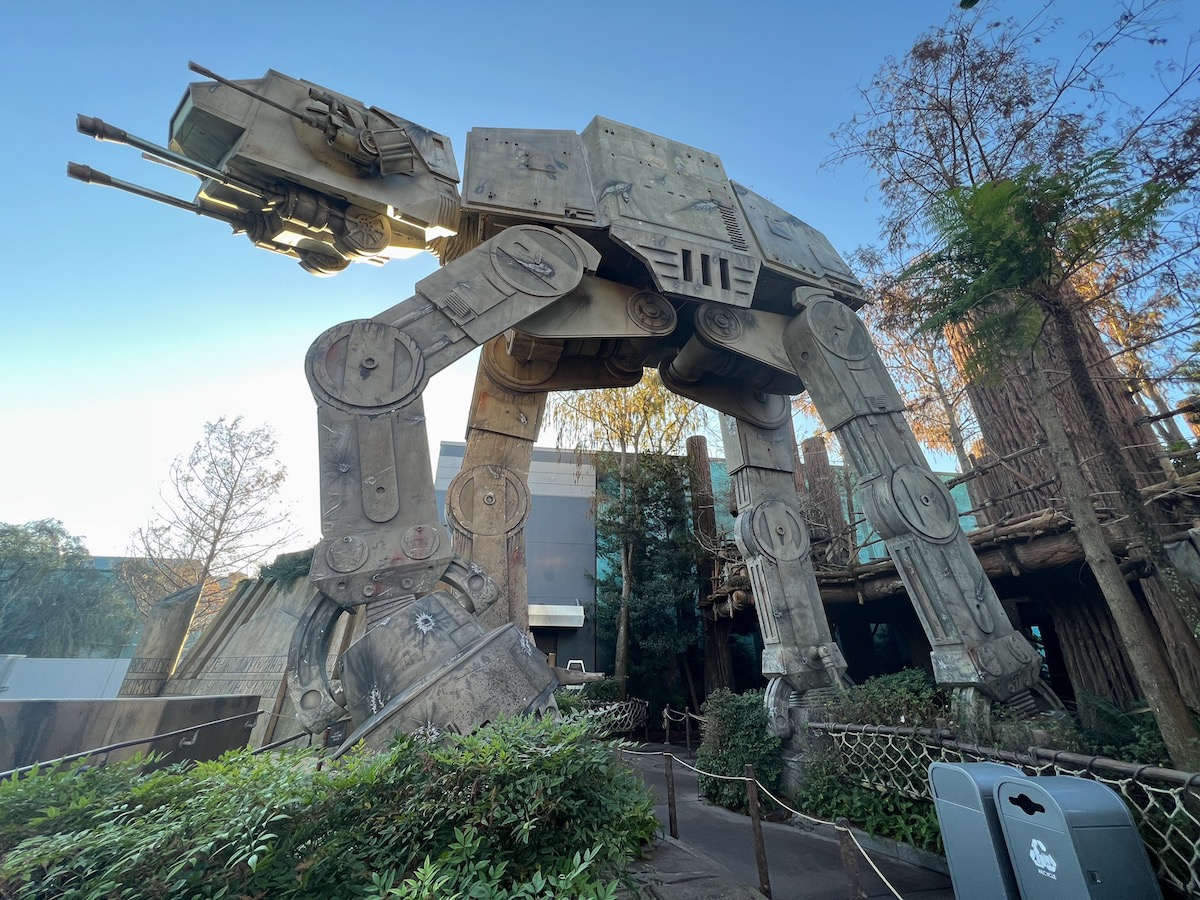 There are various versions of Disney FastPass used at Disney Parks around the world that all have different costs associated with them. We'll dive into the cost of FastPass at Disneyland, Walt Disney World, and the international Disney Parks.

The formerly free Disney FastPass program is now the paid Genie Plus program domestically at Disneyland and Walt Disney World. Internationally the FastPass system has been replaced with the also paid Premier Access Pass. Due to the confusing name change and the extremely high name recognition for Disney FastPass, there are still lots of questions about how the new Disney Genie Plus offering differs and the new associated FastPass cost.

Though the Disney Genie Plus service and Premier Access Pass services are different from FastPass, the basic conceit of FastPass allowing guests to access a shorter queue for an attraction remains the same. This guide will help answer what precisely the prices are for the service.

How much does Disney FastPass Cost at Disneyland and Walt Disney World in 2023? 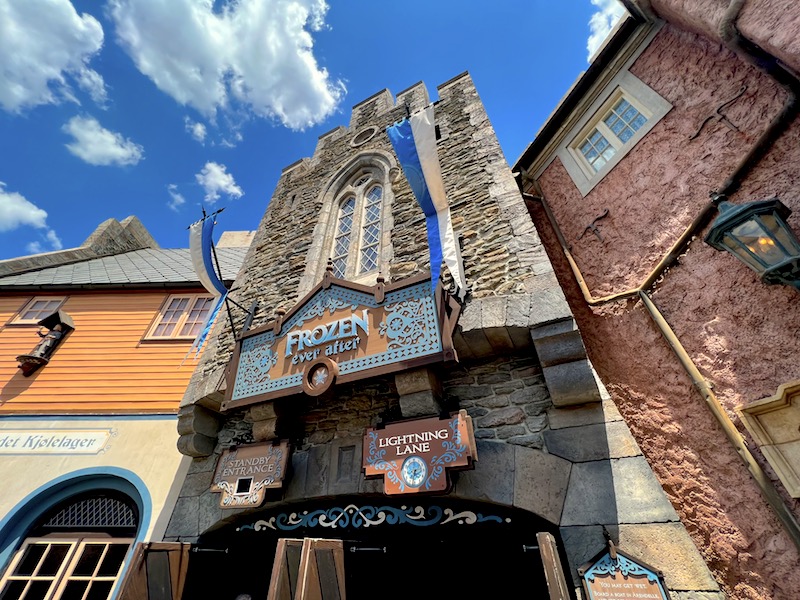 Disney FastPass was developed as a method to help park guests maximize their park experience by reducing the amount of time that guests spend in line. The idea was launched in 1999 after a Disney Imagineer pitched the idea (click the link for a great documentary on the history of Disney FastPass).

Guests could go to an attraction and pull a paper ticket or FastPass that would list times for an hour return window. Guests would then return to the attraction at some point during that window and access a shorter line for the attraction.

The new system allowed guests to “reserve” a spot at a popular attraction and then enjoy other experiences at the theme parks while waiting for their return window. Guest satisfaction went up because people could spend more enjoying the parks and less time in line.

In 2021, Disney announced that the FastPass program would not be coming back in the traditional form but that a new flexible smartphone-based service called Disney Genie Plus would be coming to Disneyland and Walt Disney World. Similar Disney FastPass-style services have been rolled out at the other international Disney Parks.

So is Disney doing FastPass right now? The answer is yes and no. Today the FastPass reservation system is known as Disney Genie Plus domestically or Disney Premier Access Pass at the international Disney Parks. The free Disney FastPass service no longer exists.

When Disney switched from the original FastPass reservations to Disney Genie Plus in October of 2021, the biggest complaint from guests was the price. The new Genie Plus systems replaced the previously free FastPass systems on both coasts with a new service that carries a daily fee. The cost of this Disney FastPass clone differs between Walt Disney World and Disneyland.

MUST READ If You're Searching For Disney FastPass Info 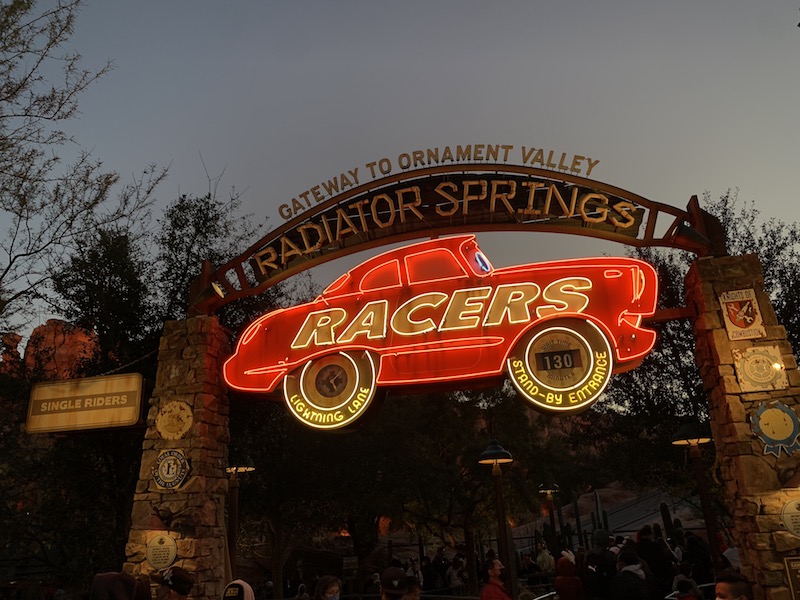 If you're searching around for information on Disney FastPass it means that you haven't been to Walt Disney World or Disneyland since before the parks closed in 2020 due to COVID. A lot has changed in the last few years about what you need to know to visit the parks.

Genie Plus (as you'll read about below) and the additional requirement of theme park reservations has added a couple of additional hoops to plan your Disney vacation.

Be sure to join our free Mickey Visit newsletter for tips on Disneyland and Walt Disney World. Join this free newsletter via the form above so you don't miss any planning details.

If you're headed to Walt Disney World we also recommend that you request a FREE quote from our travel partner so that you have access to their concierge planning services. Don't fumble around searching for Disney FastPass information anymore. Get up to date with this planning service! 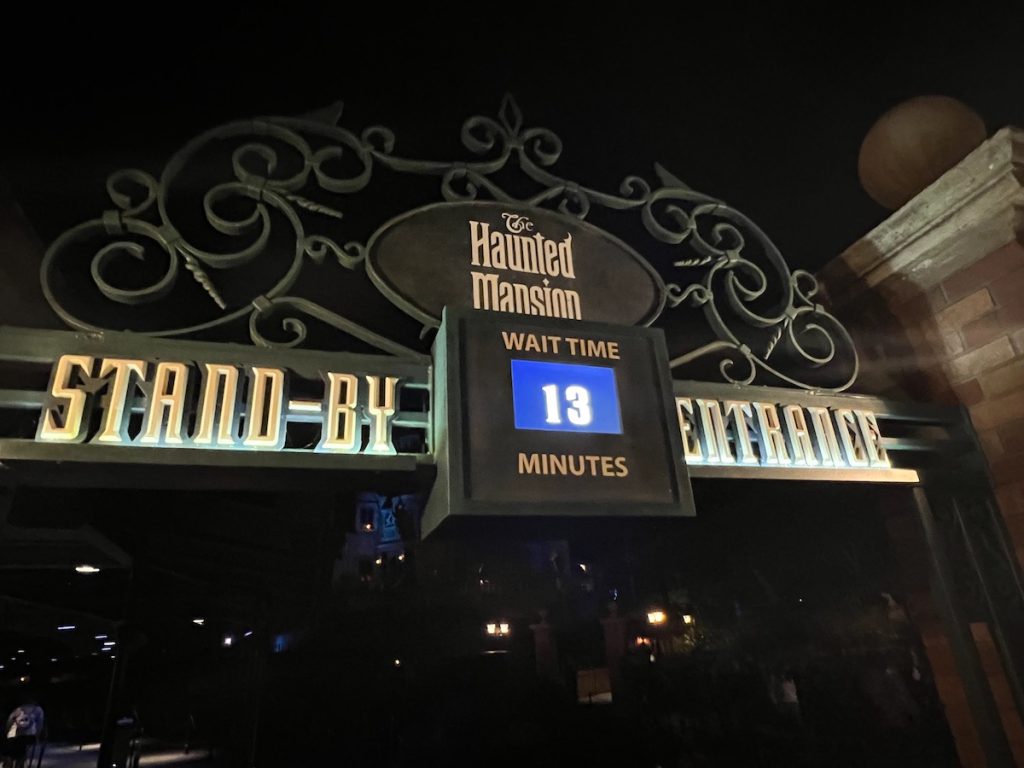 The new Disney Genie Plus system at Walt Disney World in Florida varies in price based on expected demand for the service that day. This variable pricing is meant to offer lower prices for those visiting on less busy days.

We have seen the cost of this new version of Disney FastPass vary from $15-$29 per person per day. Typically the price is closer to the $15 amount rather than the $29 amount which really only has been seen on big holidays. Prices can be checked in the Walt Disney World app. Guests can purchase Disney Genie Plus anytime after midnight the night before their park day. Walt Disney World Resort Hotel guests will want to purchase Genie Plus before 7 am as the window opens for the first Genie Plus Lightning Lane selection at 7 am. At Walt Disney World the Genie Plus offering CANNOT be purchased for the entire length of your stay in advance.

There is also an added layer to the system that is completely different than FastPass. Some attractions are broken out for a separate individual cost. These attractions are referred to as “Individual Lightning Lane” attractions. Each of these costs a separate amount. Guests can book two different experiences a day, one at a time, beginning at 7:00 am. These “a la carte” rides vary but start around $14 per person.

For all the details and tips on how to utilize Disney Genie Plus at Walt Disney World, read our guide.

Genie Plus Options at Epcot 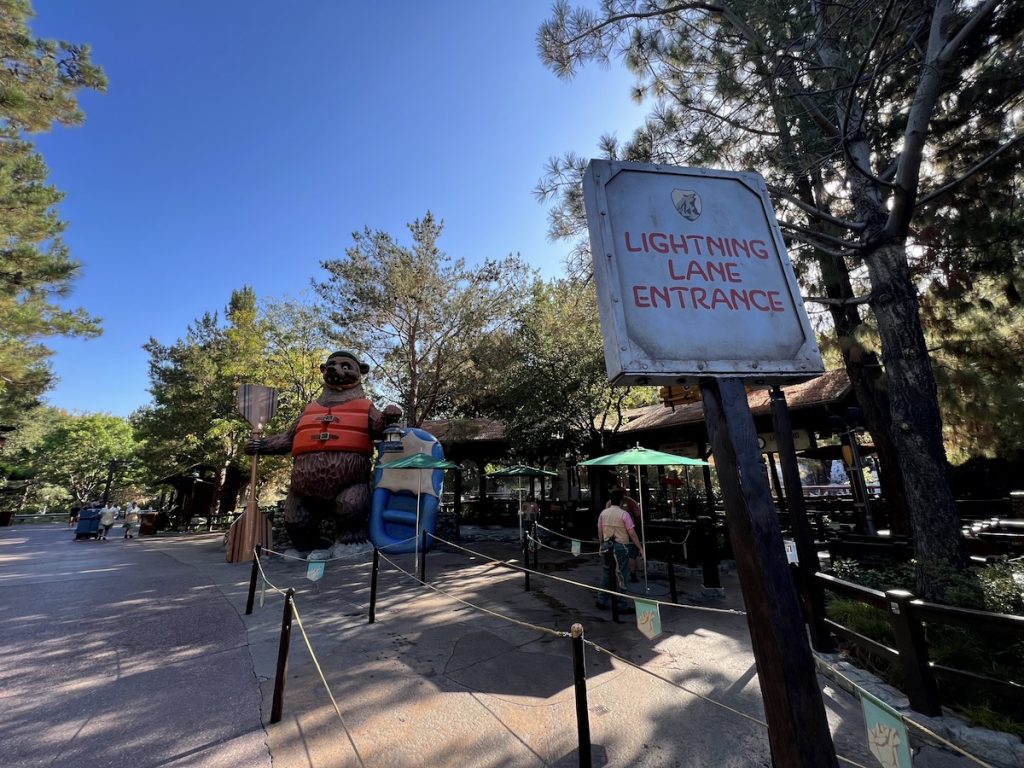 The Disney Genie Plus service at Disneyland functions slightly differently than the way the service works at Walt Disney World. Here this Disneyland FastPass replacement can be purchased in advance of your trip for the duration of your trip so you can easily add it to your discount Disneyland tickets (which we recommend to avoid the hassle of having to add it the day of).

The switch to the Genie Plus system at the Disneyland Resort was not as much of a shock to the system as it was at the Walt Disney World Resorts because frequent guests had already used a similar system where FastPass reservations could be made on a smartphone.

Be sure to read our guide to Disneyland Genie Plus for all the tips to navigate this somewhat complicated offering.

At Disneyland, the FastPass replacement cost starts at $25 per day and we have seen it go up to $30 per person per day. You can lock in the $25 per day when you add the service on to your tickets when you initially purchase them. If you wait to purchase Genie Plus until the day of you are subject to variable pricing that starts at $25 and the potential for Disney Genie Plus to sell out.

Here the “Individual Lightning Lane” purchases for attractions start at $12. 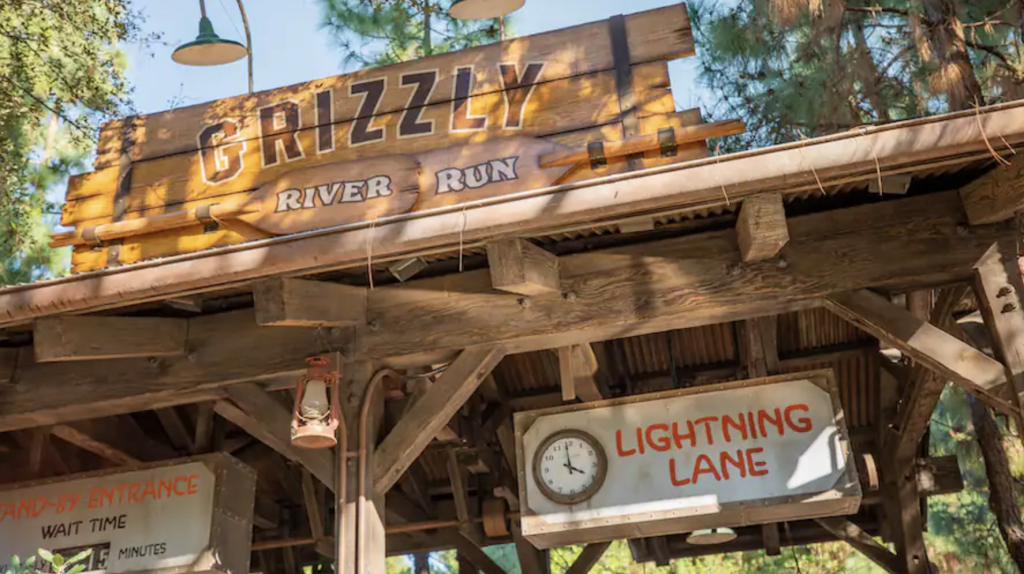 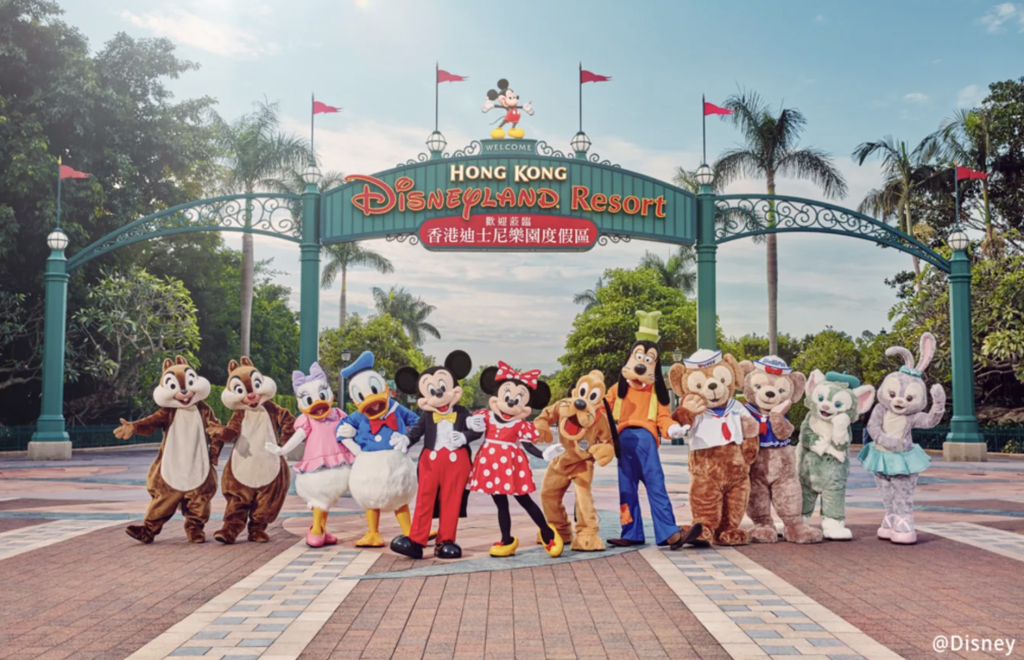 The Disney FastPass program has been replaced by the Disney Premier Access Pass at the international Disney theme parks. Though the service shares the same name across the three resorts, the actual offering differs at each property.

At Disneyland Paris, the Disney Premier Access Pass actually only offers the ability to pay for access on an “a la carte” basis like the Individual Lightning Lanes being offered with Disney Genie Plus at Disneyland and Walt Disney World. The prices start at around €8-€15 per ride (about USD $8.67-$16.26).

At Shanghai Disneyland, the Disney Premier Access Pass includes three “adventure sets” guests can purchase. Each set includes a specific set of attractions. This seems like a great offering to me that could have been a nice replacement for Disney FastPass here at Walt Disney World and Disneyland. Overall, the Disney FastPass prices begin at ¥180 per person (around USD $26). Imagine just having a bucket of passes to go use. This is almost like the original Disneyland ticket books from when the park first opened.

The new international FastPass offerings that allow for visitors to purchase a pack of FastPass return times and then not have to worry throughout the day sounds like something I would be interested in having here at Walt Disney World and Disneyland.

So if you are planning a trip to one of the Disney resorts, make sure to subscribe to our FREE Deals newsletter.

The newsletter will provide you with up-to-the-minute planning information. It also provides tips about exclusive Disney deals, and access to the lowest-priced Disney tickets anywhere available.

Lastly, let our newsletter help you plan the most magical Disney Vacation. Learn more about planning your Disney vacation, the Genie+ system, and the Disney FastPass reservation system here.

Next Post: Best 2023 Walt Disney World Discounts- Save on Tickets and Hotel 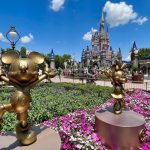 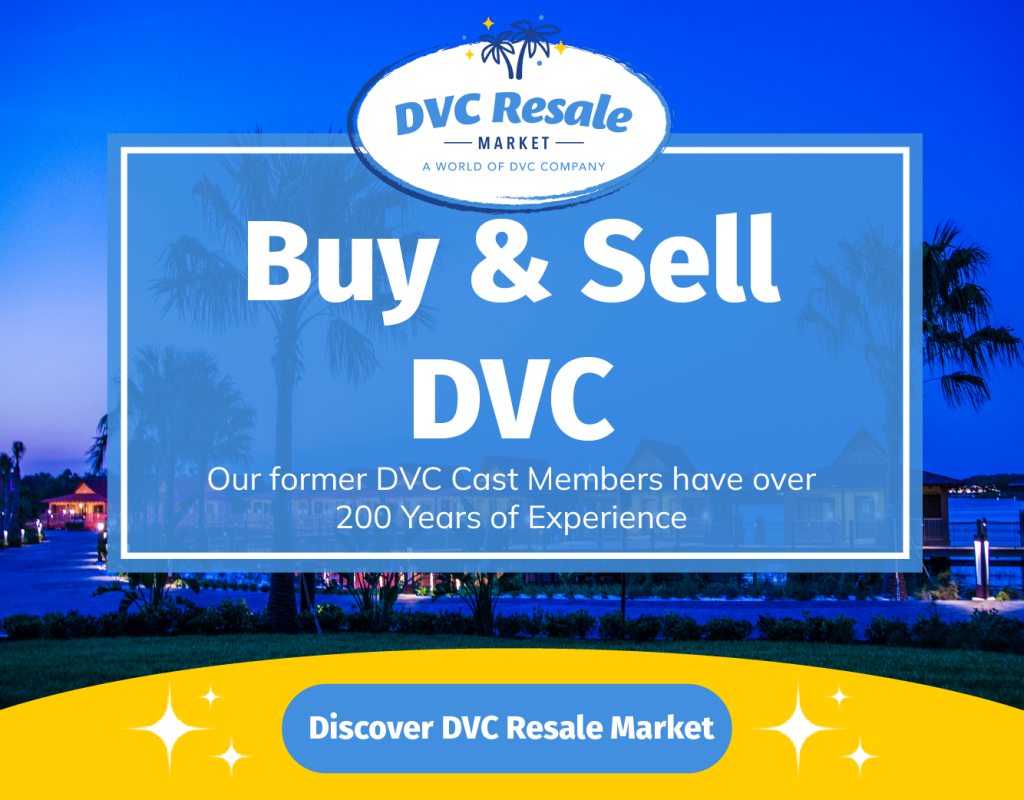 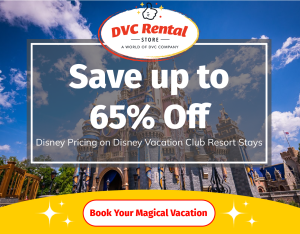