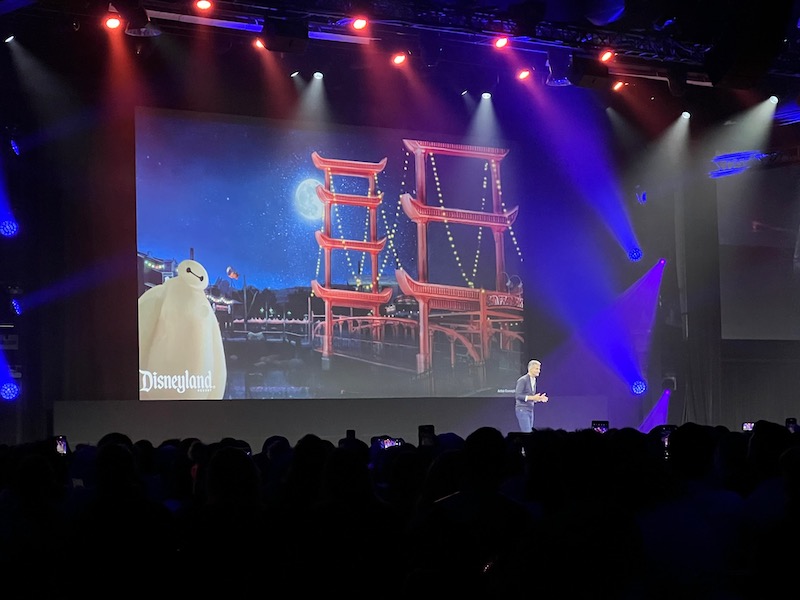 You can follow along for all our D23 Expo live updates on our main page which covers everything that has been shared so far! 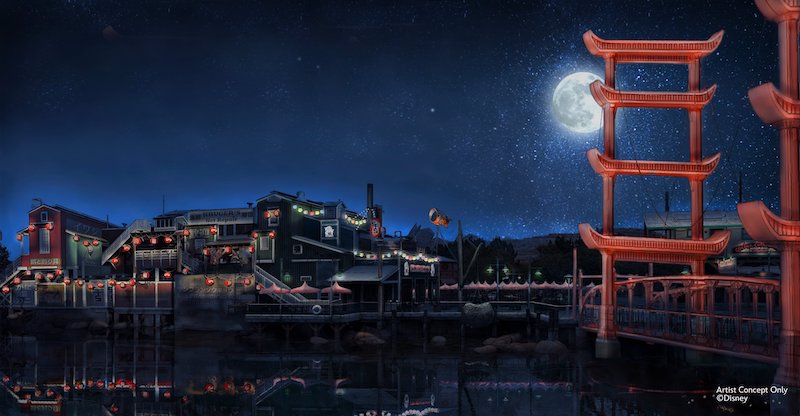 One of the biggest news pieces for Disneyland today, other than the MAJOR Avengers Campus ride reveal, is the retheme of Pacific Wharf at California Adventure.

Pacific Wharf will be completely reimagined as San Fransokyo from the Walt Disney Animation Studios film “Big Hero 6” and feature a place to meet Baymax as well as new places to eat and shop!

Here's the full announcement of the new area and crowd reaction.

This is a wonderful addition to California Adventure and continues to transform this area of the park to fit into the magic of Disney.

What is closing to create San Fransokyo from Big Hero 6?

We don't yet know what the transformation of Pacific Wharf into San Fransokyo will entail. We do know that the new area will include a Baymax meet and greet. I expect that this meet and greet location will be the extent of the new “attractions” within the land. We have not heard anything about a new ride and the current Pacific Wharf area is land locked which doesn't give much room for any sort of show building expansion. Cars Land is on two sides of the area, water is on another, and Pixar Pier borders the final side. I expect that this will be place-making transformation that will largely consist of adding the Golden Gate bridge structure to the existing Pacific Wharf bridge into the area, the Baymax meet and greet, and lantern decorations throughout as seen in the concept artwork shared above.

Currently the area is home to some of Disneyland's best quick service restaurants, the Boudin factory bread tour, and the Ghirardelli chocolate store and fountain. The bread tour building is also home to a functioning bakery that services the restaurant next door. Each of these locations seems to be ever popular when we are in the parks so it will be interesting to see which location they close for the addition of the Baymax meet and greet. I expect that it will be the entirety of or a large chunk of either the sourdough tour or the Ghirardelli store. Here's hoping that both the store and tour can survive in some capacity and they find a corner to fit Baymax into.

We will update this article as we receive more information on any part of the Big Hero 6 project at Disney California Adventure.