Pixar Fest is in full swing at Disneyland and runs until September 3, 2018. You won't want to miss this limited-time new celebration!

Guests will enjoy their favorite Pixar characters from beloved movies such as Toy Story, Finding Nemo, The Incredibles, A Bug’s Life, Monsters, Inc., Up, and Inside Out.

Here is your guide to what to see and do in Disneyland and Disney California Adventure Park during Pixar Fest at the Disneyland Resort.

Special Offer Alert! Combo Disneyland + Universal Ticket! Save big when you visit the Disneyland Resort and see the new Harry Potter World at Universal Studios. Save $40 per ticket when you book through our travel partner (they have worked with Disney for 28 years). SAVE BIG NOW! >

Disneyland will feature Together Forever – A Pixar Nighttime Spectacular which celebrates the unbreakable bonds between pals, such as Woody and Buzz. This dazzling pyrotechnic show includes musical themes from the beloved Pixar movies, and highlights the unlikely friendships and adventures of Pixar friends.

This amazing show can be seen throughout Disneyland, including locations at It’s a Small World, Main Street buildings, the water screens of the Rivers of America, and Sleeping Beauty’s castle.

This is awesome! There is also a special castle flyover by Buzz Lightyear and the house from “Up” suspended by balloons flying over Sleeping Beauty Castle.

Here's a look at the Coco segment from the new show. 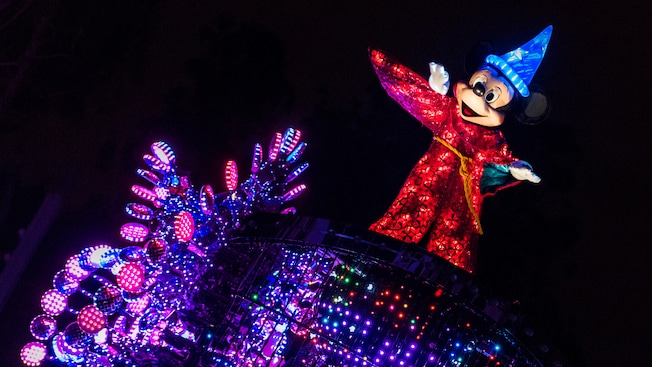 The new Incredibles float will make their debut in the parade in June 2018.

You can purchase a Paint the Night Parade Dining Package for Carthay Circle Restaurant or Wine Country Trattoria and receive a voucher for reserved parade seating. I would recommend choosing a different reserved dining package as you won't have trouble finding prime seating for the parade along the parade route in Disney California Adventure.

The Pixar Play Parade, which originated in Disney California Adventure Park, will cruise through Disneyland beginning on April 13th, 2018. The parade will be led off by the adorable Pixar lamp, just like their movies! The parade will bring back some beloved characters from popular Pixar movies, such as Toy Story, Monsters, Inc., the Incredibles, Finding Nemo, and A Bug’s Life.

The Pixar Play Parade will also introduce new parade floats featuring characters from Up and Inside Out.

Here's our live video from the debut performance of the Pixar Play Parade. 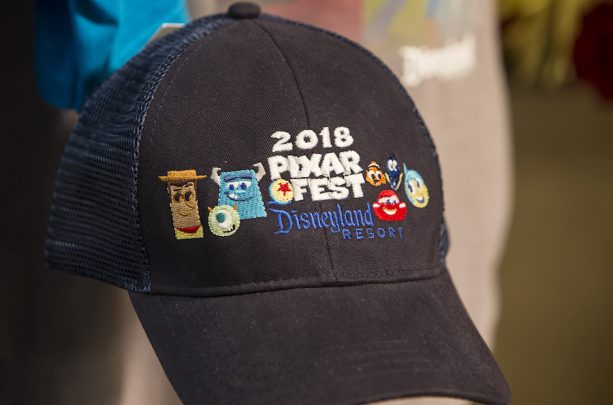 The 2018 Pixar Fest logo can be found on hats and t-shirts and feature beloved characters, such as Woody, Mike Wazowski, Sully, Nemo, Dory and Lightning McQueen.

You can enjoy a refreshing beverage in light up tumblers featuring Nemo and Dory as well as a Mike Wazowski Sipper.

You can also purchase a very cute tumbler featuring the Pizza Port claw reaching for the Aliens from Toy Story. There is also a limited-edition pin featuring the colorful logo of Pixar Fest. Loungefly, who is known for their stylish, Disney-themed bags and wallets, is releasing a Pixar Fest leather tote.

Pixar Fest will feature some cute Pixar-themed desserts that are almost too cute to eat! You can taste Baby Dory cake pops, Mike Wazowski Krispy Treats, and Toy Story Alien Macaroons with Meyer lemon blackberry filling at various locations in both parks.

In Disneyland, you can enjoy a Boot Beer Root Beer Float in a Souvenir Woody’s Boot or Jessie’s Berry Jubilee Funnel Cake at the Golden Horseshoe. The Hungry Bear Restaurant will sell Lots-o’-Straw-“Bear”y Funnel Cake. If you a fan of Churros, you can try a Lots-o’-Straw-“Bear”-y Churro in Tomorrowland, and a Coco Churro in Frontierland. Carnation Café will feature some delicious menu items inspired by Up, including a Fried-ricksen Bologna Sandwich, and a Fredrickson TV Diner. Jolly Holiday on Main Street will offer an “Up” Merit Badge Éclair, and Café Orleans is promoting a three-course Ratatouille dinner that looks divine!

Disney California Adventure Park offers some monstrous treats as well. You can purchase Mike Wazowski bread from Pacific Wharf Café and a Sully Premium Popcorn Bucket at all popcorn carts. There is also a Mike Wazowski Sipper cup at the quick-service restaurants. The Lucky Fortune Cookery will sell Sully color-changing chilled noodles that start off blue and then change to purple when the dressing is added. Pretty cool! We can’t forget the Incredibles. There is an Incredibles 2 corn dog, which is hot link sausage stuffed with pepper jack cheese and surrounded by a Cajun chicken sausage.

The Sunset Showcase Theater in Hollywood Land at Disney California Adventure will rotate through your favorite Pixar Short Films throughout most of Pixar Fest.

Some of the already announced films that will be shown are “For the Birds” and “Lava”.

Pixar Fest promises to be a fantastic addition to the Disneyland Resort. It also lights the way for the opening of the brand new Pixar Pier which opens on June 23rd.

You won’t want to miss Pixar Fest this Spring at the Disneyland and the Disney California Adventure Parks. Be sure to check out our website for more Disneyland Trip Planning Tips. Subscribe to our Disneyland discount email where we offer exclusive discounts on tickets, hotels, and dining. Join the FREE newsletter here>

Previous Post: Pixar Pier: Everything You Need to Know Including Review Tour and Photos

Next Post: How To Do Disneyland for Adults- Tips for A Luxurious Adventure