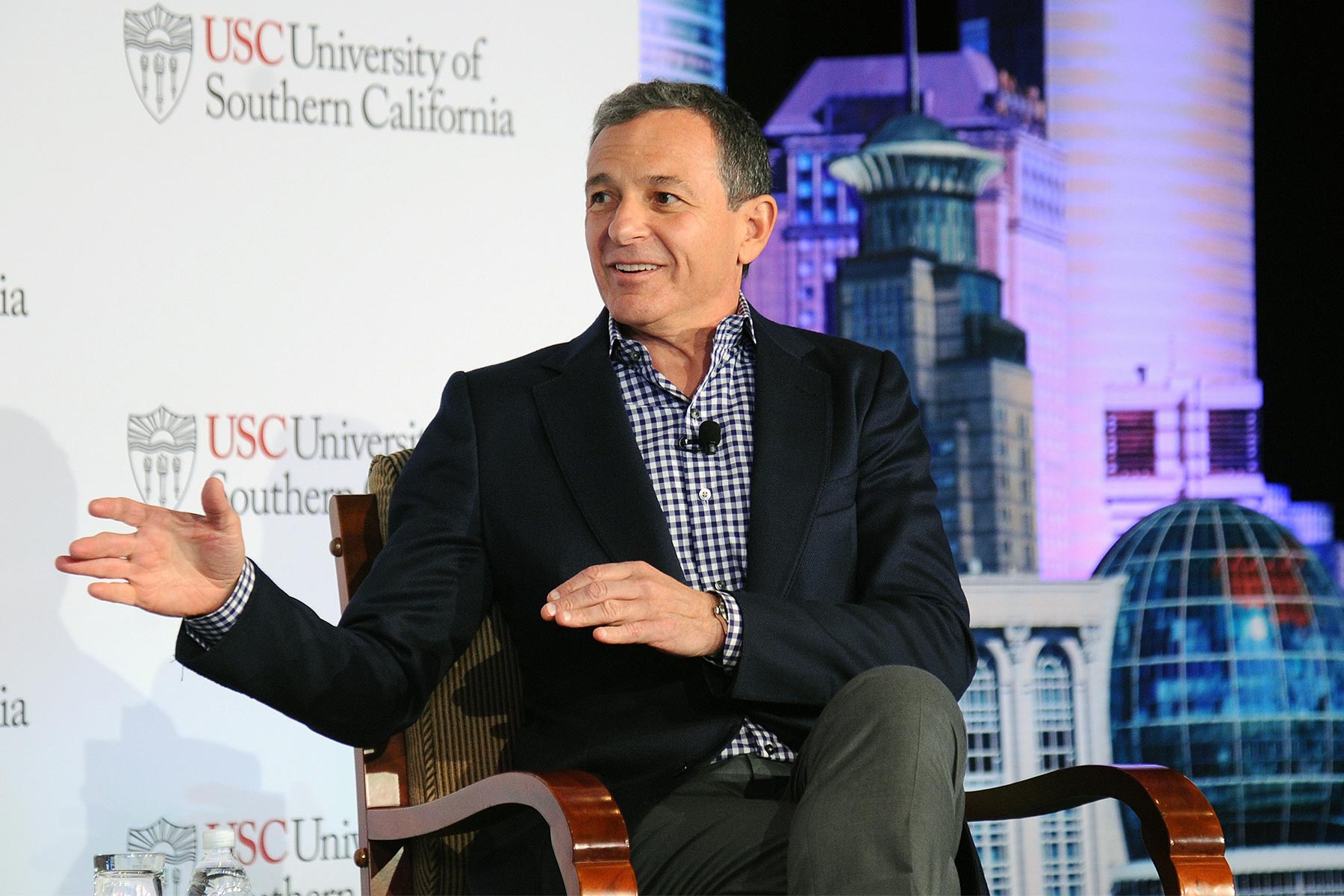 Photo via University of Southern California

On Sunday of this week the entire Disney community was shocked by the immediate return of Bob Iger to the role of Disney CEO. Bob Chapek stepped down immediately.

In the days since that announcement (which you can read in full at the bottom of this page) there have been dozens, perhaps hundreds, of news reports that provided additional new specific details on the time leading up to the Bob switch and recent months at Disney. My vision has gone blurry reading the onslaught of coverage from every mainstream and trades news source.

Rather than recapping each of these interesting quotes and tidbits in its own article I have captured the most interesting quotes in a bullet pointed list below. Hopefully this will save you the need of re-reading the details of Chapek's tenure and the Iger/Chapek relationship for the tenth time.

Oh, and if you're new here on Mickey Visit please join our FREE Mickey Visit newsletter which reaches over 100K+ subscribers and provides discounts, news, and tips around theme park travel. And, you should know that our travel partner has a Black Friday sale running right now where you can get Adult Ticket's at Kids prices and discounts on all other Southern California theme parks. Click here for those details. 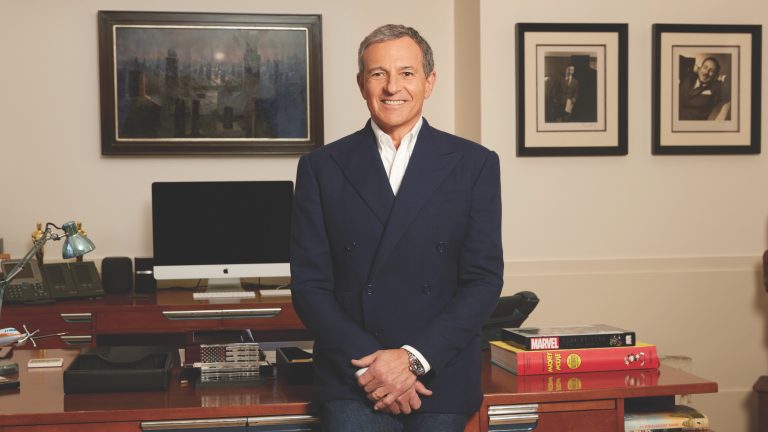 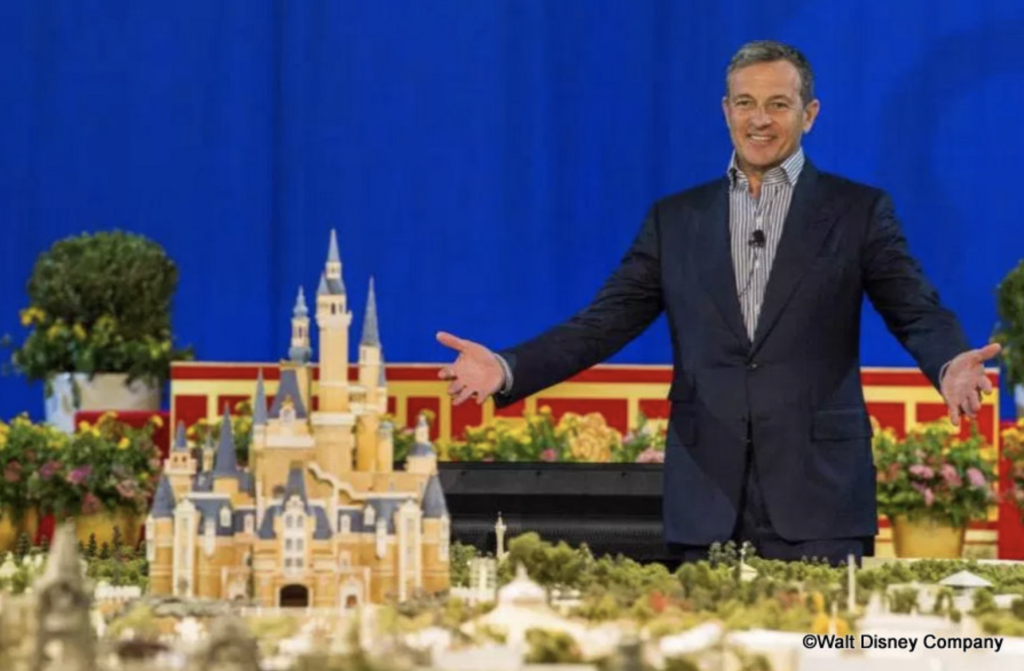 Below, read the original news story and analysis of Bob Iger's return to Disney.

“We thank Bob Chapek for his service to Disney over his long career, including navigating the company through the unprecedented challenges of the pandemic,” said Susan Arnold, Chairman of the Board. “The Board has concluded that as Disney embarks on an increasingly complex period of industry transformation, Bob Iger is uniquely situated to lead the Company through this pivotal period.” 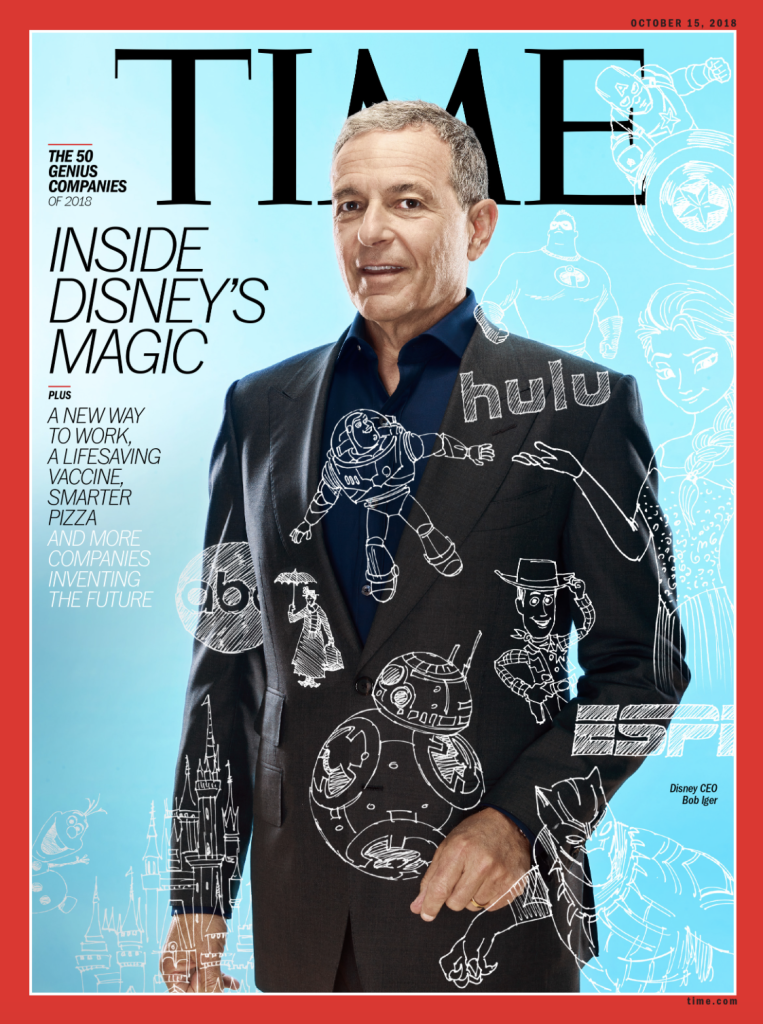 Chapek served as Disney CEO since February 2020 through the thick of the COVID pandemic which brought transformative outside forces to the entire media business. Disney was hit particularly hard with the closure of the theme parks and dramatic reduction of the theatrical business. He was also saddled with an already existing plan to invest heavily into streaming content and the expansion of the Disney+, ESPN+, and Hulu bundle offerings. Chapek recently had his contract extended for three years this summer which is one reason this announcement is so surprising.

We are still waiting for more details on the the why and when of this move. One thing I do know for sure – I will be waiting anxiously for the DisneyWar book  (the book covered Michael Eisner's years as Disney CEO) equivalent that covers these two years of Disney during the pandemic.

We don't yet know the impacts of Iger's return though reports have stated that he has been at odds with many of Chapek's decisions including the consolidation of all media distribution into one division and the handling of the political “Don't Say Gay” bill situation in Florida. Many theme park fans are celebrating Iger's return as the end of many policies caused by COVID and the large debt load that company has to pay down. A word of warning, do not expect all of these systems to change overnight or at all. Disney is a very large company and though Iger is disappointed with the public perception of the company, he does not have a magic wand that can transform the company back to pre-COVID. Disney is an ocean liner that takes a lot of time to turn.

Interestingly Bob Iger will not again be named Chairman of the board and instead the company will continue to be led by an independent chair. This is a notable difference from the last arrangement and puts a specific emphasis on the fact that Iger is really back in the interim to setup the company for success. 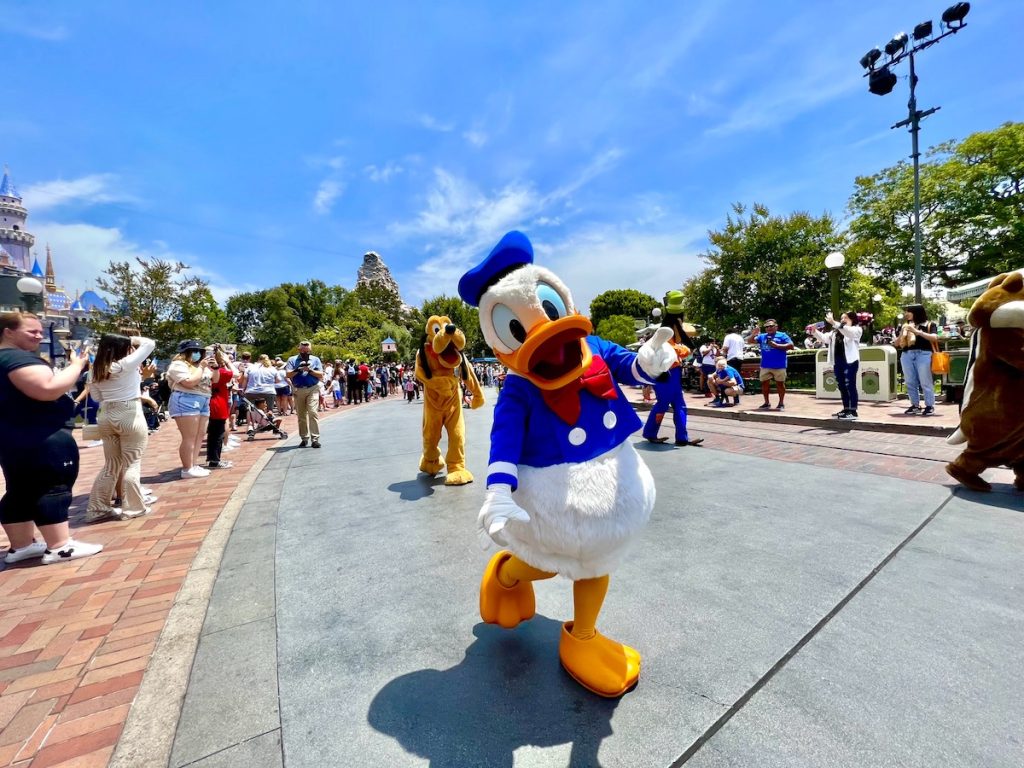 Over the years Bob Iger has attempted to position a number of different successors. During one bakeoff between Jay Rasulo and Tom Staggs, Iger had the two executives swap positions between CFO and Chairman, Parks & Resorts. Staggs won that round and Iger elevated him to Chief Operating Officer. Staggs was let go from Disney (read a great NYTimes piece for some of that palace intrigue) in 2016 when Bob Iger decided to extend his tenure. Another bakeoff was between Bob Chapek, Chairman of Disney Parks, Experiences, and Products and Kevin Mayer, the Chairman of Direct to Consumer and International. Iger eventually selected Bob Chapek as successor and crowned him the next CEO. We will be watching closely as Disney shuffles executives in the coming weeks to see who will be on the short list of internal groomed candidates for the CEO position.

It will be interesting to see which executives return along with Iger and if there will be any new outside hires that could eventually take on the CEO role. As we explain below, Iger's time as CEO will be limited to two years.

Bob Iger had previously been CEO of the company for 15 years before retiring in 2020. Iger will return to the company for two years with a mandate from the Board to “set the strategic direction for renewed growth and work closely with the Board in developing a succesor to lead the Company at the completion of his term”. 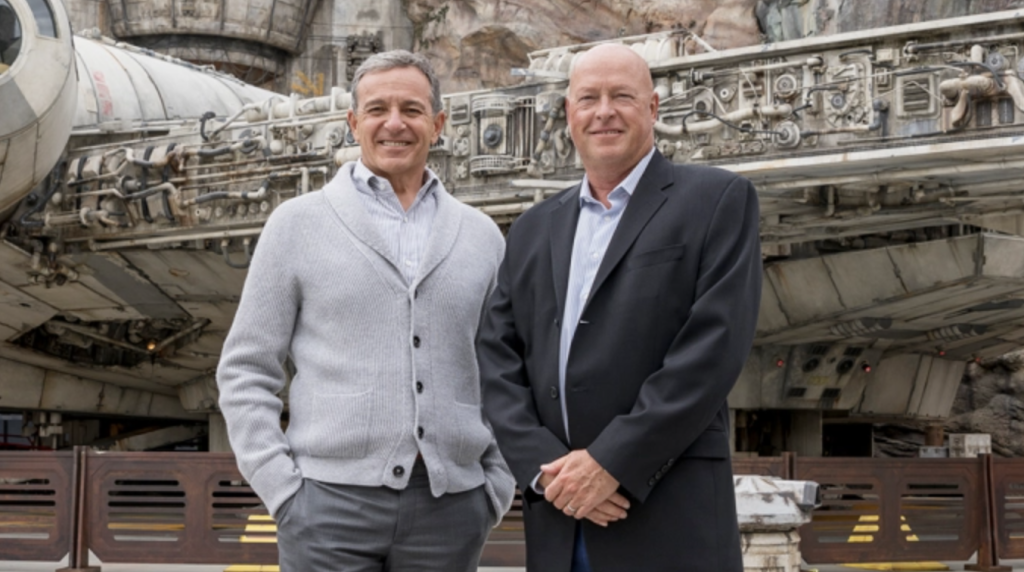 You can read the full press release from Disney about Iger's return below:

The Walt Disney Company (NYSE: DIS) announced today that Robert A. Iger is returning to lead Disney as Chief Executive Officer, effective immediately. Mr. Iger, who spent more than four decades at the Company, including 15 years as its CEO, has agreed to serve as Disney’s CEO for two years, with a mandate from the Board to set the strategic direction for renewed growth and to work closely with the Board in developing a successor to lead the Company at the completion of his term. Mr. Iger succeeds Bob Chapek, who has stepped down from his position.

“We thank Bob Chapek for his service to Disney over his long career, including navigating the company through the unprecedented challenges of the pandemic,” said Susan Arnold, Chairman of the Board. “The Board has concluded that as Disney embarks on an increasingly complex period of industry transformation, Bob Iger is uniquely situated to lead the Company through this pivotal period.”

“Mr. Iger has the deep respect of Disney’s senior leadership team, most of whom he worked closely with until his departure as executive chairman 11 months ago, and he is greatly admired by Disney employees worldwide–all of which will allow for a seamless transition of leadership,” she said.

The position of Chairman of the Board remains unchanged, with Ms. Arnold serving in that capacity.

“I am extremely optimistic for the future of this great company and thrilled to be asked by the Board to return as its CEO,” Mr. Iger said. “Disney and its incomparable brands and franchises hold a special place in the hearts of so many people around the globe—most especially in the hearts of our employees, whose dedication to this company and its mission is an inspiration. I am deeply honored to be asked to again lead this remarkable team, with a clear mission focused on creative excellence to inspire generations through unrivaled, bold storytelling.”

During his 15 years as CEO, from 2005 to 2020, Mr. Iger helped build Disney into one of the world’s most successful and admired media and entertainment companies with a strategic vision focused on creative excellence, technological innovation and international growth. He expanded on Disney’s legacy of unparalleled storytelling with the acquisitions of Pixar, Marvel, Lucasfilm and 21st Century Fox and increased the Company’s market capitalization fivefold during his time as CEO. Mr. Iger continued to direct Disney’s creative endeavors until his departure as Executive Chairman last December, and the Company’s robust pipeline of content is a testament to his leadership and vision.

Planning a Trip to Disney?

If you are planning a trip to Disney, be sure to join our FREE Disney newsletter for the latest Disney news, discounts, and park tips. We have over 100K subscribers that receive emails a couple of times a week.

Previous Post: Soarin’ Over California Returning to California Adventure for Limited Time in 2023