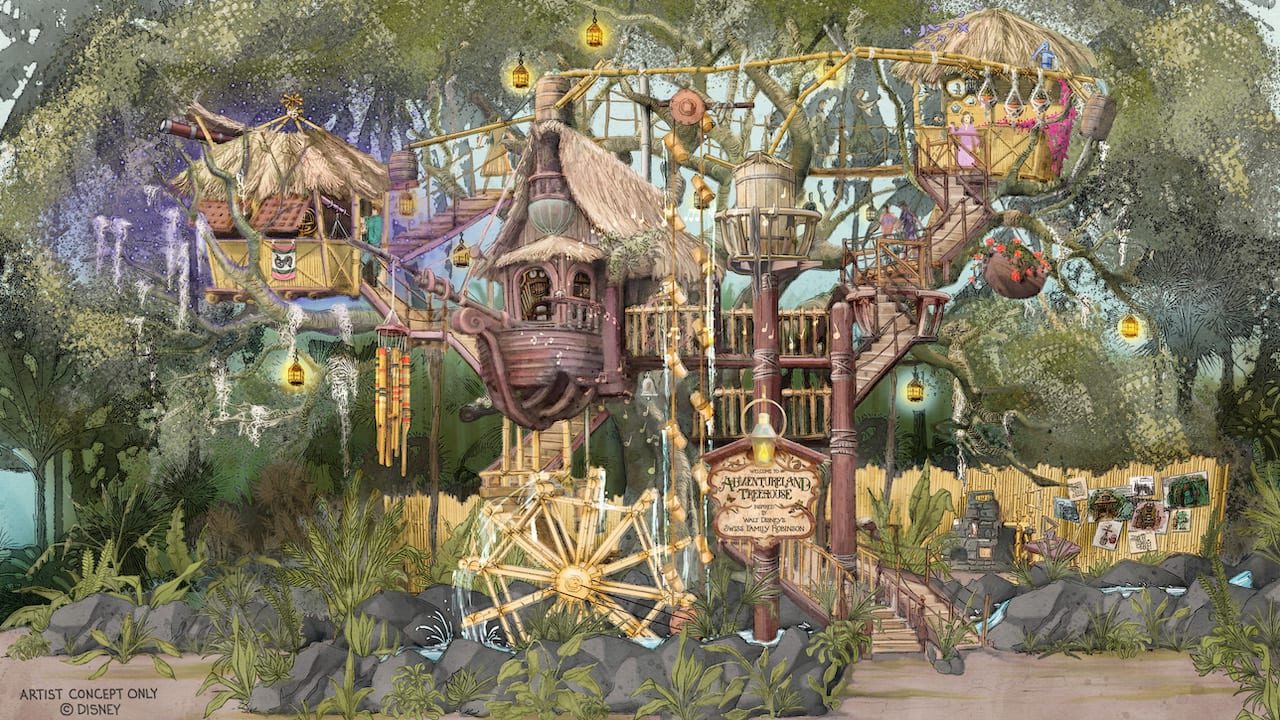 The Disneyland Adventureland Treehouse retheme details have finally been announced. In a surprising move Disneyland has decided to retheme the treehouse not to the latest intellectual property – many expected Encanto – to the original Swiss Family Robinson film.

The newly renovated “Adventureland Treehouse” pays tribute to the original treehouse that Walt Disney and his Imagineers built and debuted in 1962.

Scroll down for concept art, more details, and what we know on an opening timeframe. 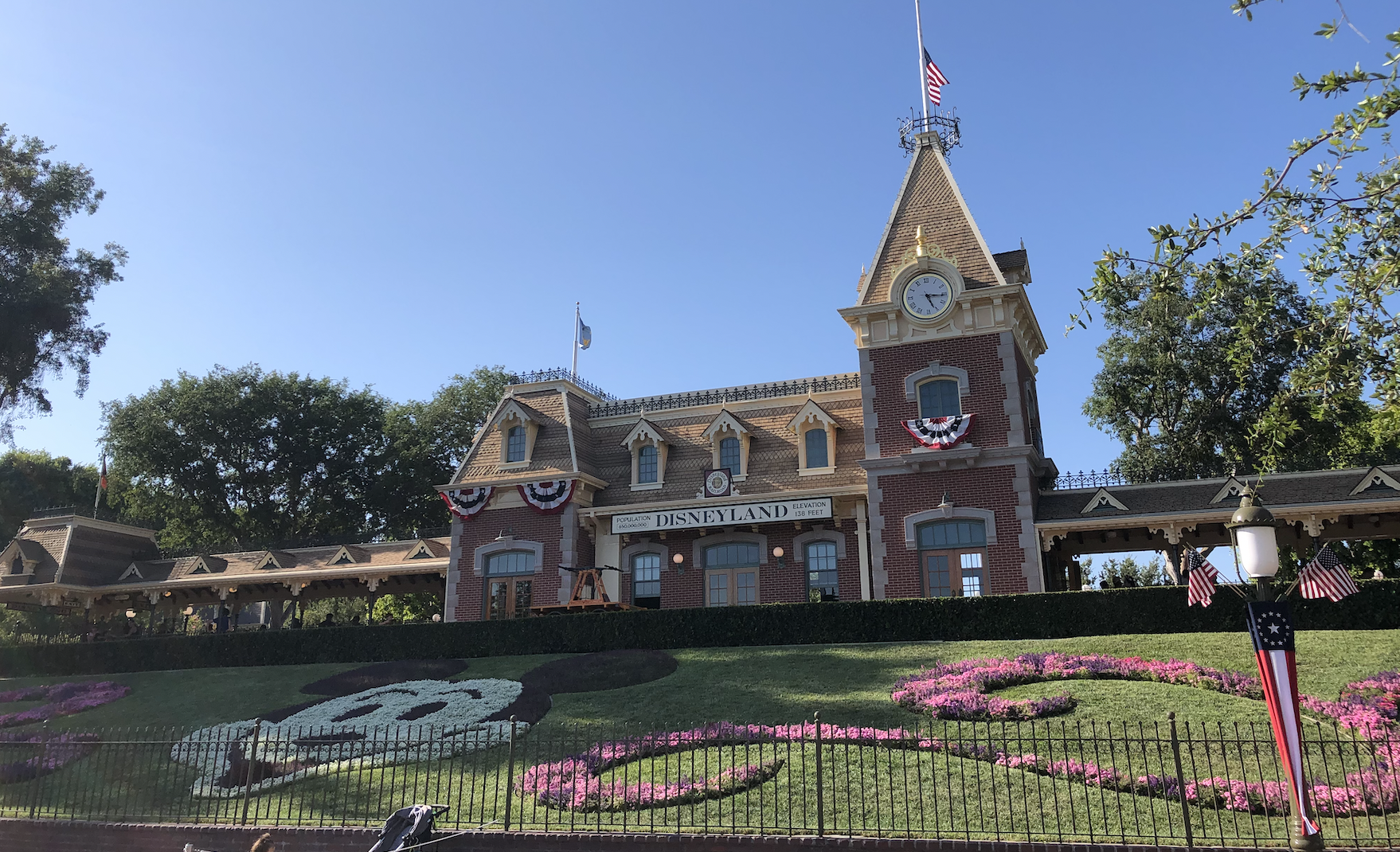 In celebration of the beginning of the holidays at Disneyland, our travel partner is kicking off an early Black Friday sale where you can get adult tickets at kid's prices on 3-day and longer tickets. The deal is good on all travel through 2024!

Our favorite Disney-approved ticket re-seller, Get Away Today, can get you the best prices on Disneyland tickets! They have the best prices for discount Disneyland tickets along with fantastic customer service and an entire department dedicated to ensuring customers have the best vacation possible. They can also help you with any and all questions you have about your trip. They visit the area frequently and all agents are extremely familiar not just with Disneyland but with the local hotels. 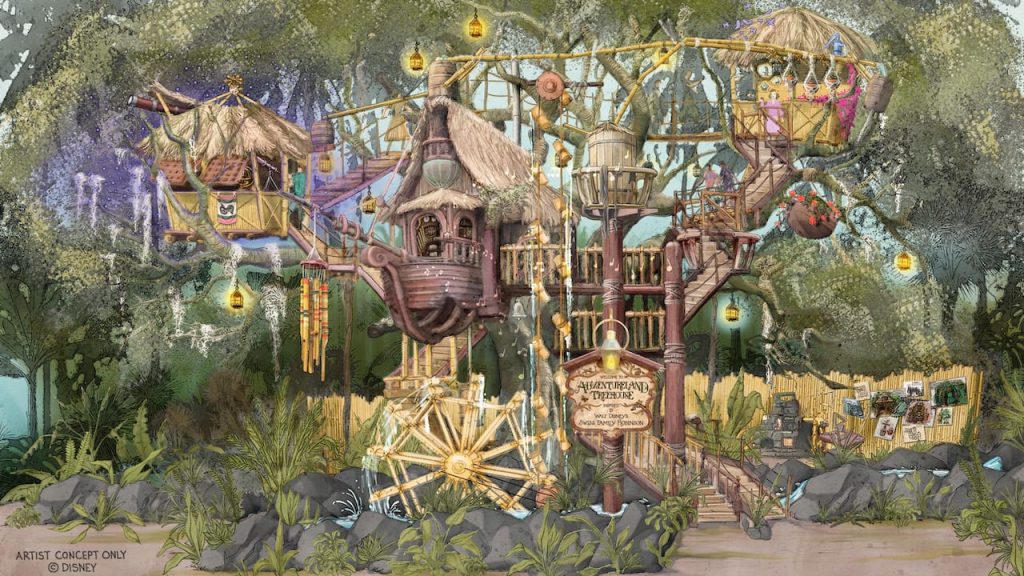 Tarzan's Treehouse has been fully covered and under refurbishment since September of last year and we now finally have an announcement on details of the new (or you might say old) theme.

The treehouse will be filled with new environments created amongst the branches within the tree on the “shores of the Jungle River”. Guests will once again be welcomed to enter by the giant waterwheel and follow the rope stairways up into the branches and rooms. 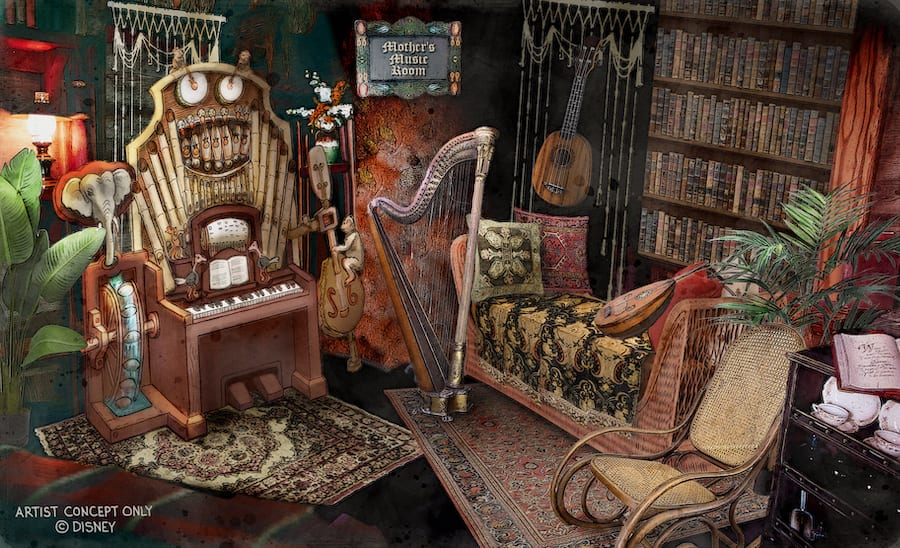 Each room matches characters from the story of Swiss Family Robinson. Disney shared that rooms will include the mother’s music den (as depicted in the concept art above), the young sons’ nature room, and the teenage daughter’s astronomer’s loft. Each room will be “fashioned from found objects, natural resources, and pure ingenuity”.

The ground floor will also be used to make the experience accessible to all – it will feature an “ingenious kitchen and dining room” and an art studio for the father with hand drawn sketches and paintings of each of the rooms in the house. 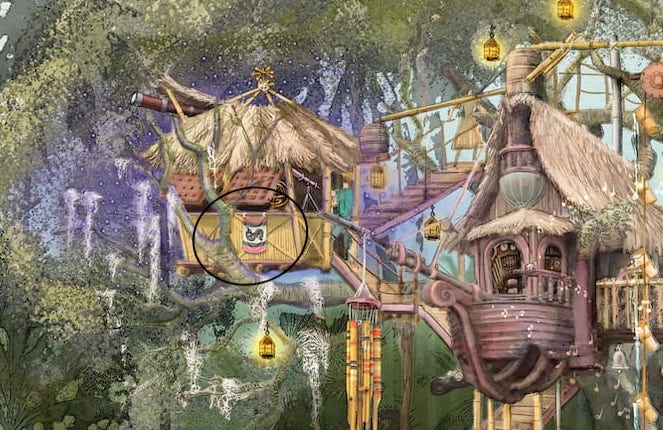 Some fans might notice that there is also a banner with the logo of SEA – Secret of Explorers and Adventurers – on the concept art hanging down from one of the railings. This insignia is for a fictional organization and is used in adventure themed attractions across the Disney Parks around the world. The story began in Tokyo DisneySea but has since been used to link together attractions like this. We will have to wait and see if we get more details on the connection to the society. 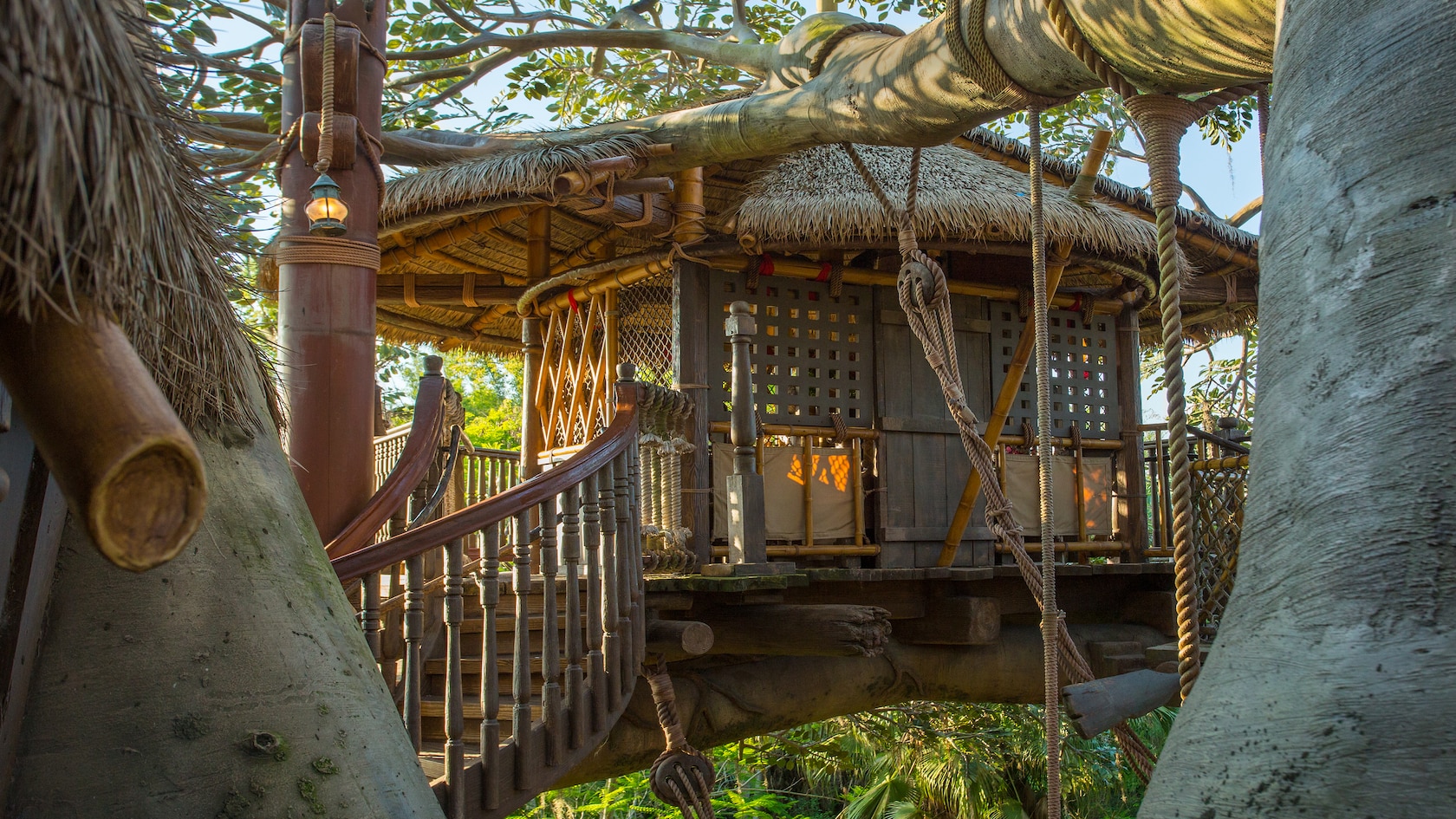 The rumored theme for the new treehouse was the hit film, Encanto. Disney instead opted for the return to historical roots with the Adventureland Treehouse. Fans will be excited. Disney has shared that the treehouse will open sometime in 2023.

Moves like this are encouraging for Disney fans to see that the company still understands its history and the passion that fans have for it. For the company there is also the added bonus that there is a Swiss Family Robinson show and a show featuring the Society of Explorers and Adventurers in the works for Disney Plus

Be sure to join our newsletter so you don't miss updates on changes at the treehouse at other news from Disneyland.

We have a team of writers working hard to keep you updated weekly on events in the parks and tips for navigating the magic. Subscribe to our free deals newsletter to receive helpful planning information, exclusive Disney deals, and access to the lowest priced Disney tickets anywhere. You can find more information on planning your vacation here:

Next Post: Your Guide to Thanksgiving at Walt Disney World for a Fantastic Holiday 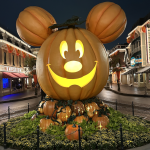